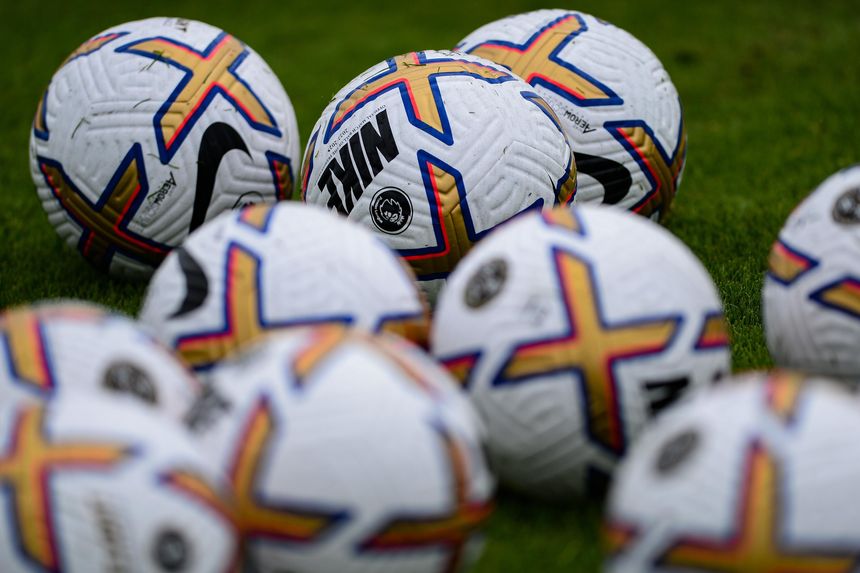 From this season, each fixture will have 10 balls that can be used during the match

From 2022/23 there will be more than one match ball in Premier League fixtures, with a "multiball" system in place.

Under Rule L.33 of the Premier League Handbook, “In all League Matches, participating Clubs shall utilise a system of replacement balls, in accordance with Law 2.3 of the Laws of the Game and any guidance issued by the League in conjunction with PGMOL…”.

The IFAB Laws of the Game state the following:

"Law 2.3: The Ball
“Additional balls which meet the requirements of Law 2 may be placed around the field of play and their use is under the referee’s control.”

From this season, there will be 10 match balls in total for each fixture.
- One ball in play
- One ball with fourth official
- Eight balls distributed around the pitch

The eight balls will each be placed on a cone next to a ball assistant, with two behind each goal and two along each touchline.

When the ball goes out of play, the ball assistant should throw a ball back to a player, first ensuring that eye contact with the relevant player is made.

The referee will manage the multiball system and can deactivate it if necessary.