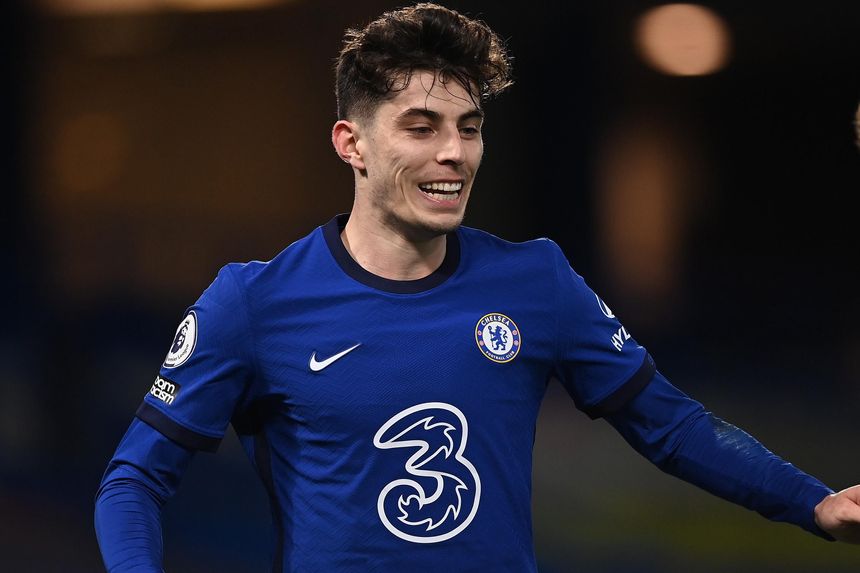 A rejuvenated Kai Havertz could be the key to Chelsea unlocking West Bromwich Albion’s defence at Stamford Bridge on Saturday.

Havertz impressed when deployed as a centre-forward against Everton and Leeds United prior to the international break.

The 21-year-old showed his clever movement and had a hand in both goals in the 2-0 victory over Everton.

He was also Chelsea's most dangerous attacker in the goalless draw at Elland Road, so it would be a surprise not to see Havertz lead the line against West Brom.

The Germany international drops into pockets of space between the lines and is also comfortable drifting wide.

This asks questions of the opposition and enables him to rotate positions with Chelsea’s narrow wide forwards, such as Christian Pulisic or Timo Werner.

If this kind of movement is made at speed, it can easily create confusion and draw mistakes from defenders.

Chelsea may use this strategy to try and unlock a West Brom side who will need to be compact in their 4-5-1 shape.

While Havertz is more of a "false nine" than a traditional target man, he is also excellent at making runs off the shoulder of the last central defender.

We saw this when he ran through to win a penalty at home against Everton.

With Callum Hudson-Odoi tucked in and marked by centre-back Michael Keane, Havertz used his pace to isolate Ben Godfrey from a superb Mateo Kovacic through-ball.

From the resulting 1v1, he was tripped by goalkeeper Jordan Pickford.

Havertz was also clever in the way he mixed up his runs at Leeds.

By regularly going short, he gave the opposition a false sense of security before suddenly exploding in behind them with a clever burst of speed.

Havertz has excellent spatial awareness and an ability to drift into small areas that have been left open.

Team-mates must do their bit

As a roaming number nine, Havertz can make late runs into the penalty box to convert chances.

The key to him succeeding in this role is for Chelsea's wingers to deliver early balls across the face of goal.

When this happens his intuitive movement, strength in the air and adaptability with both feet should ensure he starts to add to his sole Premier League goal.

With his confidence restored, Havertz will be determined to showcase more of his qualities and continue to make up for lost time.