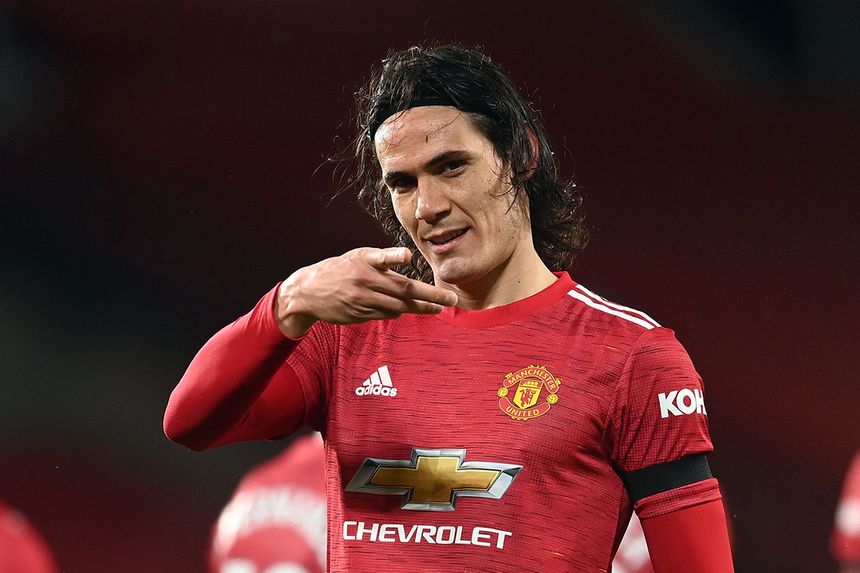 Early team news for United v Brighton External Link
Scholes: Cavani is the No 9 Man Utd have been looking for

A fit-again Edinson Cavani could be set to make his mark for Manchester United at home against Brighton & Hove Albion on Sunday.

Injuries have restricted him to just one Premier League appearance since February.

But with a number of Ole Gunnar Solskjaer’s front men struggling to be fit this weekend, Cavani looks increasingly likely to lead the line.

That could spell bad news for Graham Potter’s men, given the striker has scored at a faster rate than any other Man Utd player this season.

While there has been frustration at the amount of matches Cavani has missed, he certainly provides an exciting dimension up top.

His movement in the final third has long been considered among the best in the game, and he has shown glimpses of that strength this term.

Cavani made a superb darting run across a defender to head in Marcus Rashford’s cross for the winning goal in a 3-2 victory at Southampton.

He also brilliantly got away from Michael Keane to head in another Rashford delivery in the 3-3 draw with Everton.

Cavani is arguably one of the most dangerous Premier League players when attacking crosses in the air.

Everton's Dominic Calvert-Lewin is the only man to score more headed goals this season, and he has played more than twice as many minutes as the Uruguayan.

If Cavani starts on Sunday, Brighton must work hard to stop crosses being sent into the area, especially from the in-form Luke Shaw on the left flank.

James back in favour

Fresh from his goalscoring exploits for Wales, Daniel James could be another attacking player to whom Solskjaer turns this weekend.

James has started against Chelsea, Manchester City and West Ham United in recent weeks, providing plenty of pace down the right side.

He needs to impose himself more during matches, with his average of 45.7 touches per 90 minutes the second-lowest of all of Man Utd's outfield players.

But he is a smart finisher and there are signs he is close to recapturing the goalscoring form that gave him a blistering start to his first season with the club, in 2019/20.

*Of players with at least two goals

In open play, James and Cavani have scored at a faster rate than any of their team-mates.

Their challenge now is to become first-team regulars, and if both can deliver against Brighton, the case for that to happen will be hard to ignore.