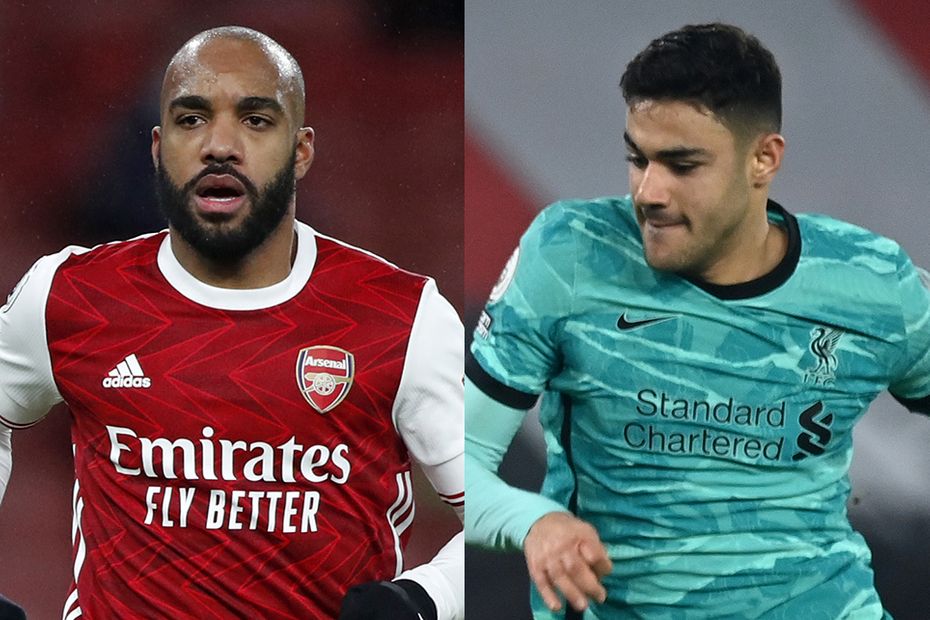 Ozan Kabak's performance against the in-form Alexandre Lacazette could have a large bearing on the outcome of Liverpool's visit to Arsenal on Saturday.

The 21-year-old centre-back has excelled in his last two matches against RB Leipzig and Wolverhampton Wanderers, and will again be a key figure for Liverpool at Emirates Stadium.

Liverpool are looking for a fourth successive away clean sheet in all competitions, but they will be tested by an Arsenal side who have scored nine times in their last four Premier League matches.

Kabak, who is on loan from Schalke until the end of the season, had a difficult start at Liverpool.

The Turkey looked uncomfortable while playing alongside makeshift centre-backs in Jordan Henderson or Fabinho.

But he has since struck up a promising partnership with Nathaniel Phillips.

Phillips is the more aggressive player, especially in the air, while Kabak uses his pace to cover to good effect.

Liverpool's last three clean sheets have come in matches in which Phillips and Kabak have started together.

The pair are the quickest centre-backs in Klopp's squad, with Phillips' top speed registered at 33.11 kilometres per hour and Kabak's at 32.93 km/hr.

Operating on the left side of the two, Kabak was excellent in Liverpool’s last PL outing, a 1-0 win at Molineux.

He read the game well to make a number of timely interceptions and ball recoveries, while also standing his ground whenever Wolves' forwards engaged in duels.

Kabak also passed the ball out from the back with quality, enabling his team to build attacks quickly.

If he maintains those high standards against Arsenal, Lacazette and Pierre-Emerick Aubameyang will have to work hard to influence the contest.

Lacazette has been in and out of the team this season but comes into this match in terrific form.

He has been instrumental in victories over Leicester City and Tottenham Hotspur, and was superb as the Gunners battled back from three goals down to draw 3-3 with West Ham United last time out.

Linking well with Martin Odegaard, who plays in the No 10 role behind him, the Frenchman gives Mikel Arteta's side a strong platform on which to construct their attacks.

Without his hold-up play and willingness to press, Arsenal have lacked a focal point at times during 2020/21.

With Aubameyang drifting in and out of form, Lacazette's more consistent end product has been vital to Arteta’s team.

He has also scored in Arsenal's last two Premier League meetings with Liverpool, so the visitors will be well aware of his threat.

The duel between Lacazette and Kabak will certainly be one to keep an eye on.