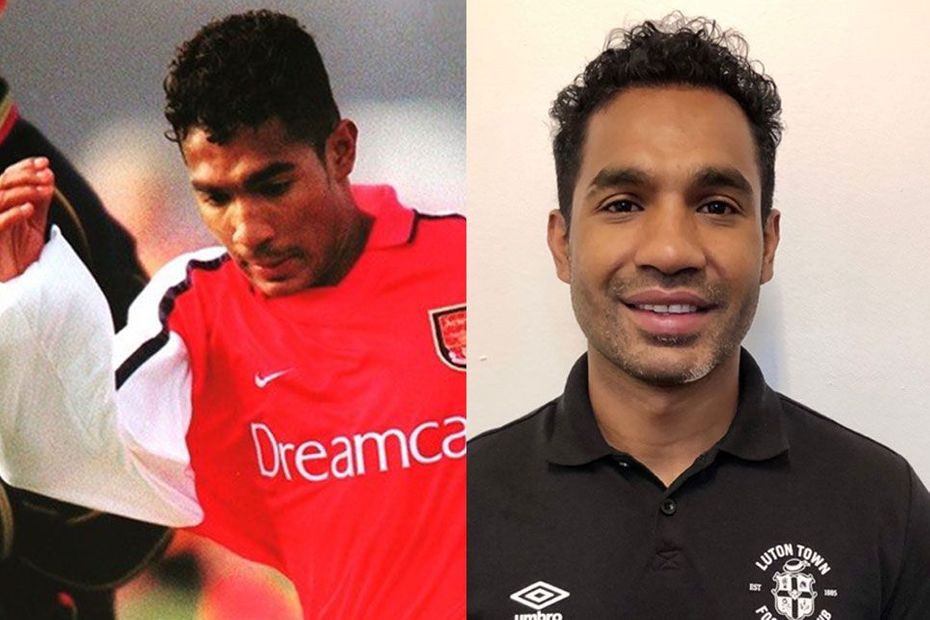 Harrison Gilkes: Scheme shows commitment to black coaches
Premier League's No Room For Racism Action Plan
Odhiambo: As a coach, I must still think like a player

Having arrived from Bangladesh as a seven-year-old with no grasp of English, Taff Rahman’s path to becoming a footballer had its challenges, but he hopes it will help him as he takes part in the Premier League, EFL and PFA Charity’s new Professional Player to Coach Scheme.

"I started playing football as soon as I landed in the United Kingdom,” Rahman recalled last year. "Not being able to speak the language, it was the playground that was kind of my saviour.

"Just playing football in the playground in primary school was my initial birthing of falling in love with the game.

"I found more of an excelling kind of pathway in football because I was lacking on the education front, so football became my big thing.

"I’ll bring my experiences of having to find a pathway as a young Asian player, going from one club to another"

"I’ll definitely bring my experience of having been a player, going through my own journey that was very different, having to find my pathway as a young Asian player, going from a club to another.

"When I look back at my circumstances back then, taking the No 83 bus and going across London just to get to Queens Park Rangers' training ground, I can relate to some of the challenges faced by young players coming from deprived or less-supported backgrounds.”

Rahman started playing with a Sunday League team in northwest London and was picked up by Luton Town, before moving on to QPR and then the Arsenal Academy at the age of 12.

But recurring hamstring injuries took their toll and Rahman was released at 18, going on to play in non-league before moving into coaching.

He did a sports-science degree and worked with high-risk young people at Camden Council, while having part-time coaching positions at Arsenal and Tottenham Hotspur's Academies.

"They never truly materialised into full-time roles,” said Rahman. "There were always missing parts in my jigsaw of development that didn’t allow me to excel into certain pathways.”

The full-time opportunity Rahman was waiting for materialised when he earned a place on the Professional Player to Coach Scheme, launched last summer to increase the number of black and Asian players moving into full-time coaching roles.

He is one of the scheme's first intake of six coaches, who are each participating in an individualised learning and development programme. Rahman is working on placement in Luton’s Academy.

"As we’ve seen, a system over time can become very monopolised, or catering for a certain demographic, or certain level of people," he said. "And sometimes, others that are in the periphery get lost, or are not as included due to that invisible structuring.

"This scheme shows there is a drive to make some change within the game. It will definitely help in creating that pathway for black and Asian coaches. I hope it’s a beacon of light.

"The scheme will definitely help me develop as a coach, but also as a person."

Adrian Forbes, Luton’s head of coaching and professional player development, is pleased to be involved in the scheme.

"For me to be a black coach and give someone the opportunity to be part of the world I’m in and potentially follow my footsteps was an opportunity I wasn’t prepared to turn down,” Forbes said.

"We’ve found a situation where the Premier League, PFA and EFL are on our side and are trying to almost break down some barriers and change the narrative around black and Asian coaches in the game.

"It’s important players can come in and know there’s someone who will understand their culture, their upbringing"

"Our collective of Academy players is very diverse. It’s important players can come in and know there’s someone who will understand their culture, their upbringing.

"They are the key details that will aid relationship-building between the coach and player but, importantly, will also aid the development of the player within that journey as well."

Part 1: Professional Player to Coach Scheme starts
Part 2: Pittman: Player to Coach Scheme will have a big impact
Part 3: Odhiambo: 'As a coach, I must still think like a player'
Part 4: Pitt: Returning to football has been huge for me
Part 5: Gilkes: Scheme shows commitment to black coaches
Part 7: 'Black and Asian players have chance to get a foot in the door'
Part 8: Lescott: Diversity helps to challenge and inspire players