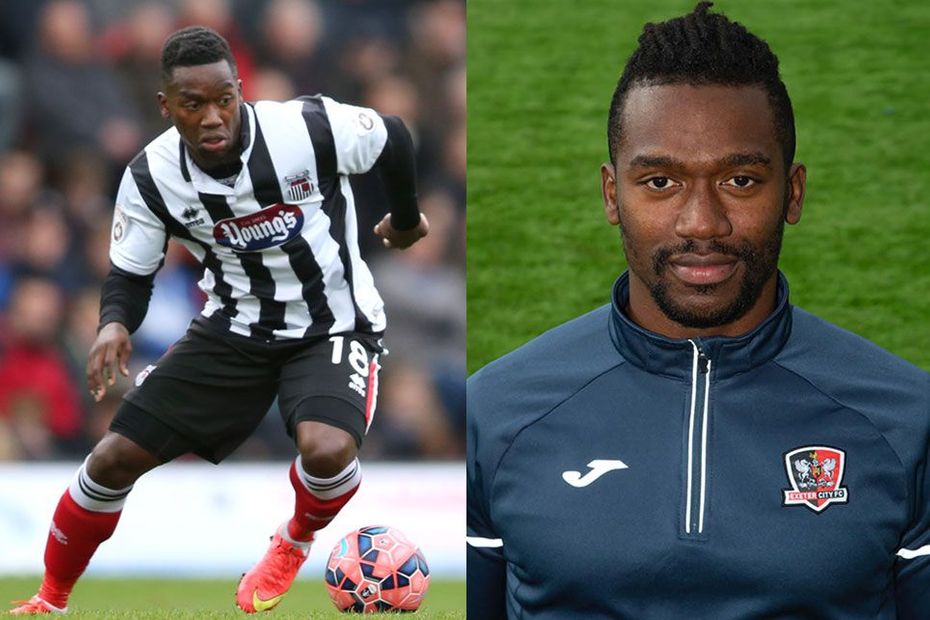 After enjoying a playing career that included Aston Villa and Nottingham Forest, Jon-Paul Pittman was keen to move into coaching and having worked hard to earn a place on the Premier League, the EFL and the PFA Charity’s new Professional Player to Coach Scheme, the 34-year-old took the first step to realising his ambition at Exeter City last year.

"This scheme will make huge strides in opening doors and breaking down barriers," Pittman said soon after starting the scheme. "There's not a lot of diversity down here so having someone like myself in this position, it's going to normalise black coaches in football."

For a professional footballer, Pittman came to the game later than many.

He was born in the United States and grew up on a US Air Force base in the UK playing baseball and basketball. But he fell in love with football when he first tried it aged seven.

"I went with a friend to just watch him take part in football practice and see what it was about," he said. "The coach asked me to get involved and I never looked back.

"I don't think I even had boots at that time. I was playing in a pair of Chelsea boots, so my mum wasn't too happy, but it was all I had!"

Pittman continued to develop his love for the game, starting out at the Aston Villa Academy and playing for clubs such as Crawley Town, Wycombe Wanderers and Grimsby Town before a knee injury cut short his career.

Pittman had started his UEFA B qualification when he was younger, but it was only when he stopped playing that he could concentrate on coaching fully.

He began working as a youth coach with Exeter City and was made aware of the Professional Player to Coach Scheme by Exeter’s Head of Coaching, Kevin Nicholson, who had mentioned the club’s willingness to be part of the pilot.

And after coming through a rigorous interview process, Pittman began his 23-month intensive work placement in October 2020 at the start of the season.

“Kevin knew that I wanted to go down this route," Pittman said. "I'd had conversations with him before about where I see myself and what I want to do.

"So when he saw this, he made it clear to me that it was definitely something that they support.

"As soon as I read the person specification, I thought, 'That's me.' I did my best working on my application and I've managed to get on to the scheme."

The Professional Player-to-Coach Scheme was launched this summer to increase the number of Black and Asian players moving into full-time coaching roles in the professional game.

"To bring a coach in as a role model for young black people in the area and Academy players, to be able to show we are forward thinking, seemed a huge opportunity," Nicholson said.

"Jon-Paul had come in as a part-time coach and he fit the mould brilliantly both as a person, as a character first and foremost, but also with his experience and his qualifications."

Pittman is one of the scheme’s first intake of six coaches. Each will participate in an individualised learning and development programme.

"I've learnt so much about myself through coaching"

"To have Jon-Paul in the building, to have somebody of his quality... I would like to think he will be a huge success for both the scheme and Exeter City," Nicholson said. "He will get better because he's always looking to learn.

"You've got somebody in there who's going to be looked up to by people within the community and he is a genuine role model for all those players coming through."

Pittman is keen to develop himself and those with whom he is working on the scheme.

"I've studied more in the last three years than I had since I left school," he said. "I've learnt so much about myself through coaching.

"You're giving your heart and soul to make sure you're doing the best you can for them [the players] and that I am doing the best by the club, in terms of their principles and philosophy."

Part 1: Professional Player to Coach Scheme starts
Part 3: Odhiambo: As a coach, I must still think like a player
Part 4: Pitt: Returning to football has been huge for me
Part 5: Gilkes: Scheme shows commitment to black coaches
Part 6: Rahman: 'Coach scheme shows a drive to change the game'
Part 7: 'Black and Asian players have chance to get a foot in the door'
Part 8: Lescott: Diversity helps to challenge and inspire players