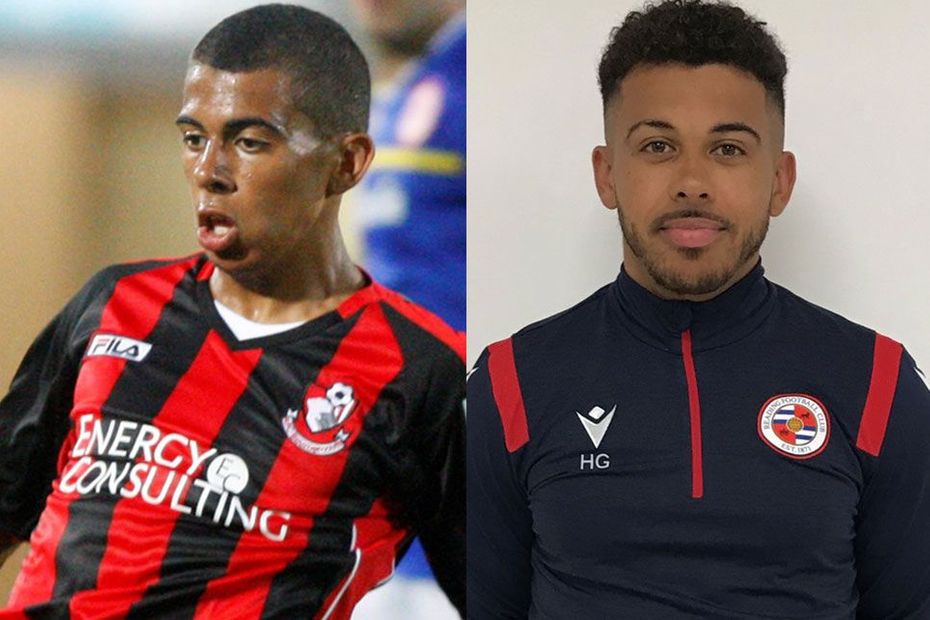 Pitt: Returning to football has been huge for me
Premier League's No Room For Racism Action Plan
Jon-Paul Pittman: Player to Coach Scheme will have a big impact

When Harrison Gilkes’ playing career was cruelly cut short by injury, he turned to coaching, but it is only with the Premier League, EFL and PFA Charity’s Professional Player to Coach Scheme that he has been able to make significant progress at Reading.

"It’s the platform, the boost, the kickstart I needed," said Gilkes, now 27, last year. "I definitely knew I wanted to be a coach, but I felt I couldn’t get an opportunity.

"Maybe I wasn’t good enough at the time to get one. I was applying for jobs and getting turned down.

"[This scheme] has given me a platform now, but it’s also making sure I’ve got the tools and resources around me to be a good coach."

Gilkes signed for AFC Bournemouth as a teenager but developed a degenerative condition in his hip and was released at the start of his twenties, dropping into non-league before hanging up his boots in 2018.

"I can’t really say I have a career highlight, unfortunately, because there were so many things I wanted to do which I wasn't able to do," he said.

"I remember when I had that meeting with the surgeon and he said, 'You’re probably not going to have the career you hoped for.'

"That was very, very tough.”

Despite his heartache, Gilkes took inspiration from the coaches he had worked with and resolved to follow in their footsteps by helping the next generation, both on and off the pitch.

"All the great coaches I’ve had have all made me feel a million dollars," he said. "They make me believe in myself, and that’s a great quality to have as a coach or manager.

"That’s the cornerstone of who I’m trying to be. Improving at football can give you such a good sense of self. It can improve your confidence off the field and other areas of your life."

"It shows the game wants black coaches, needs them, and that they have a lot to offer"

Gilkes began coaching for four hours a week at Reading’s Development Centre in his hometown, and with a men’s non-league team, while completing his UEFA A coaching qualification. But he wanted more.

That opportunity arrived with the Professional Player to Coach Scheme, launched last summer to increase the number of black and Asian players moving into full-time coaching roles.

Gilkes is one of the scheme's first intake of six coaches, who are each participating in an individualised learning and development programme. He is working on placement at the Academy of Championship club Reading, where his father played almost 400 times.

"The great thing about this scheme is it offers both. That’s why straight away I thought, 'This is perfect.'

"It shows a pathway. It shows a commitment to black players and black coaches. It shows the game wants them, the game needs them, and they have a lot to offer.

"It’s very important for players. When you stop playing, it’s a very uncertain time. You’re not sure what direction you want to go in. You can feel you’re not sure who you are any more.

"Having these schemes available can help that transitional period, from players into coaching."

Reading’s head of coaching, Carl Plunkett, is pleased the club are able to participate in the placement scheme and stresses the need to have coaching staff who reflect better the make-up of the playing squad.

"It's important we have this direct, diverse workforce to ensure we support all the individuals within the Academy as players," Plunkett said.

"But equally, it's important to have that diversity for us as staff, as well. To ensure that we're not going down certain directions. And ensuring that we cater for every player that we have in our Academy."

As well as Gilkes’ experience of playing first-team football, his unfortunate early retirement is having a beneficial impact on his coaching, Plunkett explained.

"Players who are on that journey can relate to Gilkes in that he got beyond where they are currently at for most of them," he said. "So that ability to connect because of his journey is important.

"Second thing is his age. Someone who’s slightly older like me, you end up being in a position where you’ve got to foster relationships over time with them. And he’s had a quick win with a few of them based on his age, which is great, and a great asset for him to have."

Gilkes is keen to exploit this advantage.

"One of the key strengths of being so young is I can relate to the players," he said. "I particularly like the ones who are on the cusp of getting into the first team because I can relate so clearly to it.

"You’re almost there. The first team are only training 100 yards away from you, but the gap is massive because the jump in quality is huge. You're so close but you're so far.

"To see players make that gap, it’s a great feeling. And if I can help in that then that's great as well."

Part 1: Professional Player to Coach Scheme starts
Part 2: Pittman: Player to Coach Scheme will have a big impact
Part 3: Odhiambo: 'As a coach, I must still think like a player'
Part 4: Pitt: Returning to football has been huge for me
Part 6: Rahman: 'Coach scheme shows a drive to change the game'
Part 7: 'Black and Asian players have chance to get a foot in the door'
Part 8: Lescott: Diversity helps to challenge and inspire players