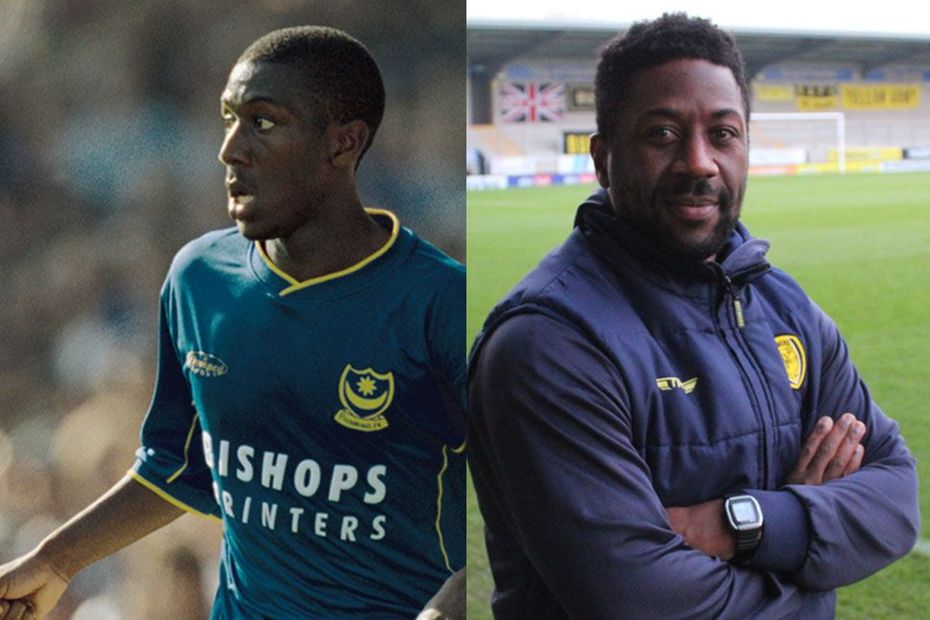 Odhiambo: As a coach, I must still think like a player
Premier League's No Room For Racism Action Plan
Jon-Paul Pittman: Player to Coach Scheme will have a big impact

For Courtney Pitt, the new Professional Player to Coach Scheme has opened a door to a return to the game that the former Portsmouth winger feared might always stay closed.

"Without football, I struggled," said Pitt, who is now on a coaching placement at League One club Burton Albion. "I worked for the Royal Mail for a bit and it's tough, so to have football again, it's massive for me. I feel like I’ve reconnected with myself.

"It took me 10 years to get back into football, so I'm grateful for the opportunity to work in a professional football club again."

Pitt knows the importance of good coaching from his own experience as a young player, having entered the academy system relatively late as a 14-year-old at Chelsea.

"I didn't know anything about the tactical side of the game," he said last year. "I was just getting the ball and trying to beat everyone to score a goal.

"[Chelsea youth team coach] Jim Duffy was good for me. He was always trying to find the best position for me and encourage me to be positive. He had a huge influence on how I played."

The lessons Pitt learned, coupled with his own hard work, proved invaluable as he moved on to Portsmouth and made his senior bow on the opening weekend of the 2001/02 Division 1 season, playing alongside Dave Beasant, Peter Crouch and Darren Moore.

"I remember standing on the sidelines at a sold-out Molineux with 20-odd thousand [fans]," he said. "I just remember thinking this was what it was all about.

"This was all the hard work and the sacrifice that I made - growing up as a teenager and not going out with your mates, dedicating your time to make the step into the professional game. It just all made sense when I stepped on that pitch for my debut."

When he hung up his boots more than eight years ago, Pitt began planning for coaching, completing his UEFA B coaching qualification and getting a sports coaching and youth development degree, while getting a job as the head of the academy at a semi-professional club in Birmingham.

But the professional game remained a long way away, until Pitt earned a place on the Premier League, EFL and PFA Charity’s Professional Player to Coach Scheme, launched last summer to increase the number of black and Asian players moving into full-time coaching roles.

He is one of the scheme's first intake of six coaches, who are each participating in an individualised learning and development programme, with Pitt working on placement in Burton's academy.

"Burton treat me like a proper member of staff. It’s brilliant, I love it."

"I don't see many black coaches or black managers in the game at the moment," he said.

"If we can address that and give more opportunity to black coaches coming through and give them hope, then the scheme like this is what it's all about.

"Give them an incentive. Give them people that they can see actually are going to get an opportunity to work in professional clubs, and give them that boost."

Pitt is now trying to have the same impact on Burton’s youngsters that his coaches had on him at Chelsea.

"I've just been trying to get them, especially with the attackers, to have a plan of what they're going to do before they get it, so when they're having a shot, have a go-to finish," he said.

"Burton allow me to get involved in that and treat me like a proper member of staff. It's brilliant, I love it."

Dan Robinson, Burton’s academy manager, said that bringing in Pitt is ideal for the club, who like to have a group of staff who can connect with the players.

"We've got a really diverse group of players, so it's about making sure there's people supporting them and around them from all different backgrounds to provide them with that connection," Robinson said.

"The fact that the Premier League and EFL and the PFA are working so hard to try and diversify the coaching force, I think it's a great step in the right direction because the statistics show there aren't enough coaches from varied backgrounds.

"We're already really proud to be one of the six clubs representing the scheme at this early stage, and we just hope it does make a difference and that we start to see a change in mindsets in recruitment of staff."

Part 1: Professional Player to Coach Scheme starts
Part 2: Pittman: Player to Coach Scheme will have a big impact
Part 3: Odhiambo: 'As a coach, I must still think like a player'
Part 5: Gilkes: Scheme shows commitment to black coaches
Part 6: Rahman: 'Coach scheme shows a drive to change the game'
Part 7: 'Black and Asian players have chance to get a foot in the door'
Part 8: Lescott: Diversity helps to challenge and inspire players