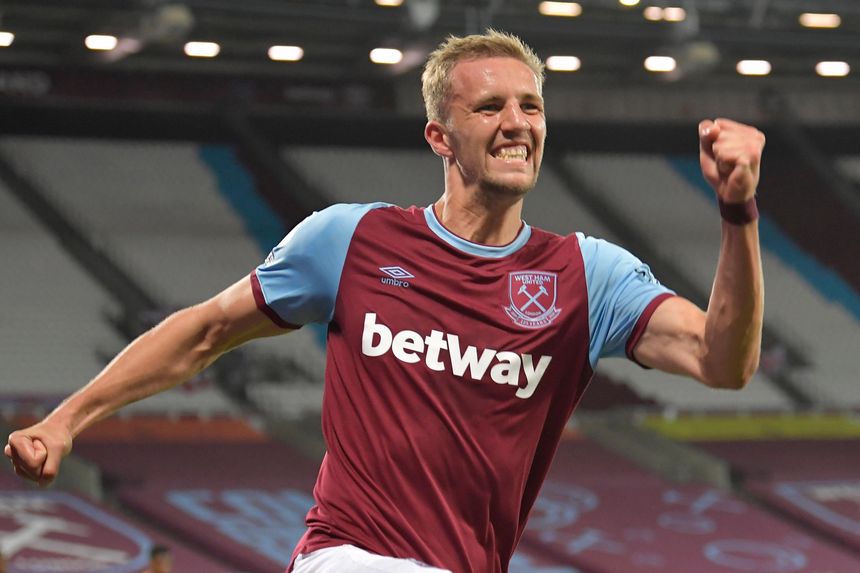 Managers in Fantasy Premier League who are on the search for a differential over the international break should consider Tomas Soucek (£4.9m).

The West Ham United midfielder scored his first goal of the season in Gameweek 8 against Fulham.

His 18 shots and 13 shots in the box are identical to those of Son Heung-min (£9.6m) among FPL midfielders.

Crucially, West Ham are set to embark on a strong run of opponents that lifts their potential in Fantasy.

According to the Fixture Difficulty Ratings (FDR), only two of their next 12 matches score more than three.

The Scout’s panel of experts highlight Soucek among a host of options over the upcoming period.

Soucek's ownership of just 2.8 per cent baffles me. He has all the underlying statistics, a goal in Gameweek 8 and a lovely run of fixtures.

He is the perfect differential to take you right through to Christmas.

Soucek got his first goal of the season and has a great run of fixtures. At under 5.0 per cent ownership, he's a great differential.

Richarlison (£7.8m) is back from suspension and Everton have missed him. Three great fixtures could return big points.

Anthony Martial (£8.7m) hasn't got going this season but will turn it around at some point. He'll get on the scoresheet in Manchester United's next match at home to West Bromwich Albion.

Raheem Sterling (£11.5m), at only 5.7 per cent ownership, is by far the best differential.

Manchester City only play two of the traditional top six teams in 13 matches from Gameweek 10 onwards.

Ruben Dias (£5.5m) isn't in many teams at the moment, but that will change as Man City are playing in a more conservative style now and face Burnley, Fulham, West Brom and Newcastle United at home in the next seven Gameweeks.

He doesn't offer the same assist potential as Joao Cancelo (£5.4m), but his minutes are more secure and he's cheaper than Aymeric Laporte (£6.0m) and Kyle Walker (£6.1m).

I can see Alex Telles (£5.5m) being a big differential in the coming weeks. Man Utd have improved defensively and he looks set for a run in the side with Luke Shaw (£4.9m) injured. He could take set-pieces, too.

I don't believe in differentials this early in the season. Differentials are admissions that you're behind in the standings and have to take a big risk in hopes of a big reward.

The downside of falling further behind by taking such risks outweighs the potential benefits.