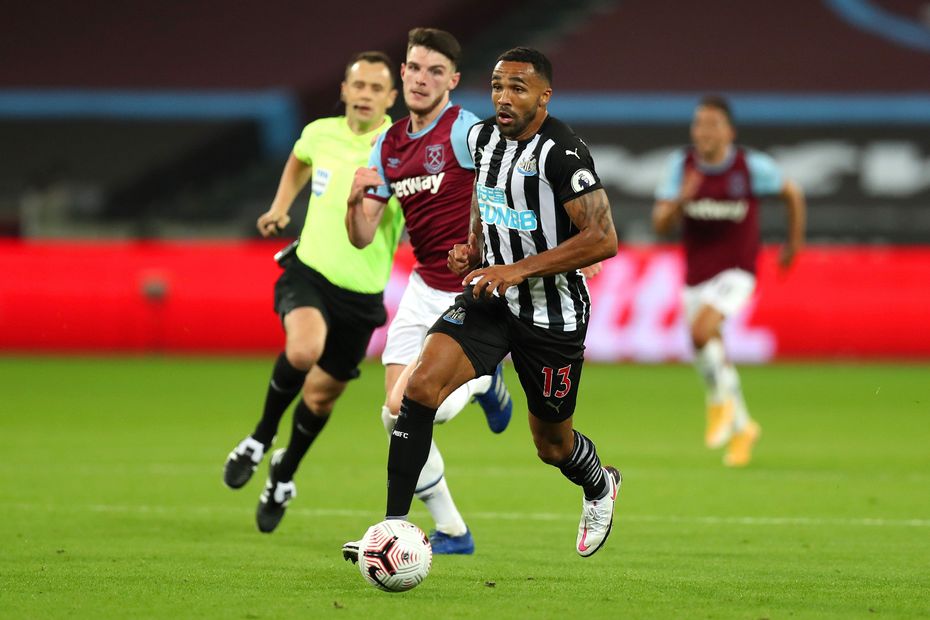 Alan Shearer knows the pressure that comes with making your debut as a striker for Newcastle United.

And the club's all-time leading goalscorer, who holds the same record in the Premier League, was impressed with what he saw as Callum Wilson made his bow for the Magpies on Saturday.

Scoring the opening goal in Newcastle's 2-0 win at West Ham United, Wilson earned a place in Shearer's Team of the Week from the first round of matches.

Made three brilliant saves to keep a clean sheet that secured a narrow victory for his side.

What a magnificent way to start your Leicester City career, with a goal on your debut. The versatile full-back looks to be a superb acquisition.

Another player who enjoyed a very impressive debut as he scored a powerful header while contributing to a clean sheet at the other end.

Showed once again his threat from set-pieces, scoring early on, and produced a goalline clearance in his own box as Wolverhampton Wanderers continued to display the defensive resolve they showed last season.

The left-back produced more crosses and had more touches than any Everton player, and it was he who swung in the brilliant free-kick for the winning goal.

He is already looking like a superb signing as a free agent, having set up Newcastle’s first goal and scored their second.

Yet another highly impressive debutant, who made so many important tackles and kept Tottenham Hotspur on the back foot.

Arsenal’s new recruit quickly picked up where he left off with Chelsea last season, playing a part in all three goals and very nearly scoring himself as he hit the post from a free-kick.

It’s not a bad way to start the season, with a hat-trick! While two of his goals were penalties, he won the first himself and looked really sharp.

The Golden Boot competition is up and running! At 33 years old, he keeps delivering season after season.

Newcastle’s new striker was full of running and was a constant threat throughout the match. He got the goal his play deserved, showing good anticipation and desire in getting to the ball ahead of the goalkeeper at the near post.

His selection decisions all paid off. Gabriel and Willian both excelled on their debuts, when both could have been eased in more gradually, while Alexandre Lacazette justified his place up front with a goal.