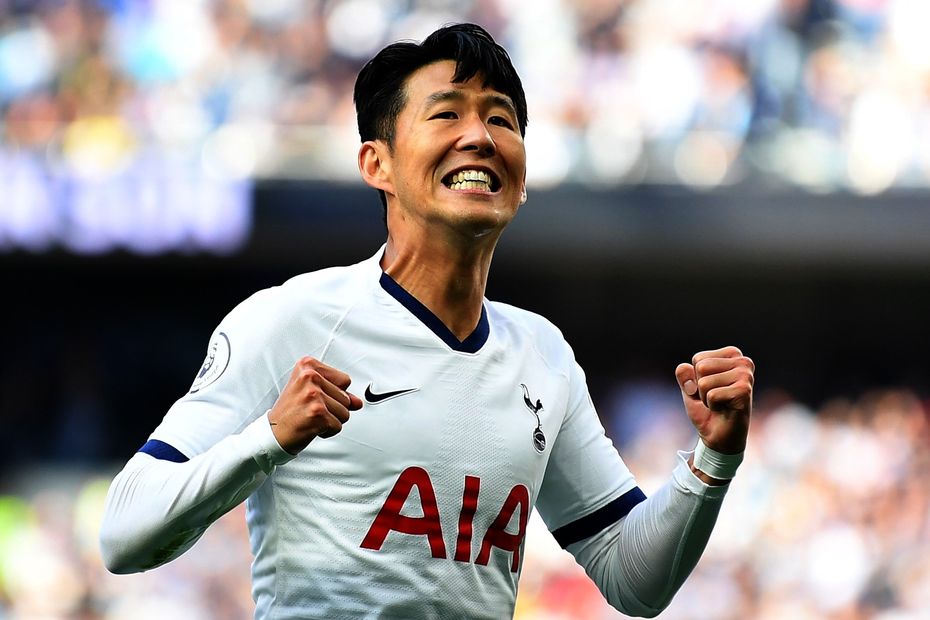 Sonny: "This is how strong we are" External Link

Limiting Son Heung-min’s influence will be a key objective for Leicester City when they host Tottenham Hotspur on Saturday.

Son has played a main role in his team’s last six Premier League goals, including a brilliant brace against Crystal Palace.

He also enjoys an excellent record against the Foxes, scoring four times in his last three starts against them.

So Brendan Rodgers must find a way to nullify him at King Power Stadium.

Making plans to contain the in-form forward will certainly not be easy, though.

The way Son operates within Mauricio Pochettino’s current 4-2-2-2 system makes him an elusive player to pick up.

Nominally a strike partner for Harry Kane, the South Korean has licence to roam.

So unless he is man-marked, which is an unlikely tactic, opponents need to cooperate closely to deny Son the room he craves.

Son is capable of a wonderful variety of movement.

One minute he will drop deep to turn and run at defenders, the next he is running beyond the last defender. He might then pull wide, becoming a problem for an opposing full-back, before suddenly transforming into a centre-forward.

Son’s contribution is exceptional because his runs are so dynamic. They give Spurs an incisiveness which was sorely lacking at the start of the season, when he was serving a suspension.

There are periods in matches when he goes quiet and conserves energy, but when the 27-year-old explodes into life, his bursts of pace give defenders huge problems.

Son has averaged 16 sprints per 90 minutes, providing a relentless challenge for those charged with marking him.

So, how to deal with him?

Leicester’s desire to press may need to be restrained in this encounter for fear of leaving too much space behind their back four for Son to run into.

It is also essential the Foxes’ defensive and midfield departments stay interlinked.

If gaps of 10 metres or more appear between those two units, Son will find those pockets and exploit them, as he did against Palace.

Denying Son the space to travel at speed, with or without the ball, is essential. He must be slowed down.

He has only made three Premier League starts this term, but Son has already had more touches inside the opposition penalty box than the ever-present Kane.

His positive running provided great penetration against Newcastle United, Arsenal and Palace. All three were unable to prevent him from surging into the final third and creating problems.

Such has been Son’s influence that Kane has had to take a back seat to his partner in recent appearances.

Kane is arguably dropping deep to link play too often. But this tactic has complemented the athleticism of Son, enabling him to make incursions.

Son’s goal threat is a major component of Spurs’ attack. Including blocked shots, he is averaging 4.5 efforts on goal per match, the fifth-highest rate in the competition.

Indeed only one Premier League player, Alexandre Lacazette with 3.1, has produced more shots on target per 90 minutes this season than the Spurs man’s 2.4.

If Leicester cannot find a way to shackle Son this Saturday lunchtime, they could be staring at their second straight defeat.

Right now, Spurs' elusive No 7 is playing as well as anyone in the top flight.