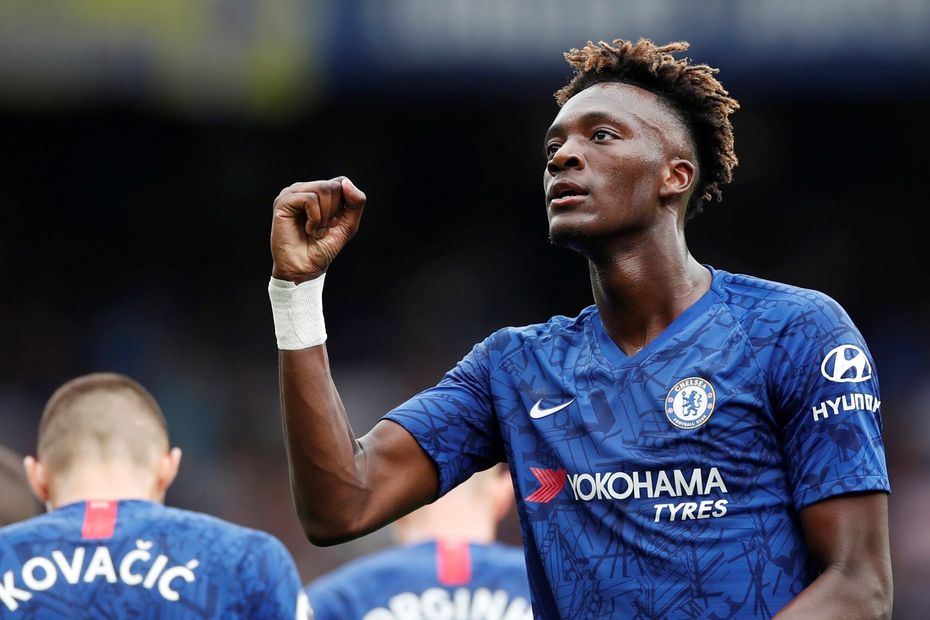 Chelsea striker Tammy Abraham has made a spectacular introduction to the Premier League.

Averaging a goal every 47 minutes, Abraham's ratio is unmatched by his fellow forwards.

His eye-catching 53.8 per cent conversion rate is the joint-highest alongside Manchester City's Sergio Aguero.

And the strike duo have netted seven goals apiece, with Aguero's coming from five starts to the four of Abraham.

On the back of a stunning Matchweek 5 hat-trick at Wolverhampton Wanderers, the Chelsea youngster is in fantastic form as he prepares to face Liverpool this Sunday.

His duel with Virgil van Dijk promises to be pivotal, but it is a challenge the 21-year-old will relish.

The speed shown by Abraham has caught the eye this term, but Van Dijk holds an advantage in that department.

Van Dijk is almost 2km/hr faster than the Chelsea striker's top speed in 2019/20, so we are unlikely to see the Dutchman beaten for pace.

When it comes to 1v1s, Abraham will look to wrong-foot Van Dijk with a piece of skill to catch the defender off-balance.

He did this brilliantly when going past Wolves’ Conor Coady for his third goal last weekend.

Inside the penalty area, Abraham has shown great anticipation alongside his ruthless finishing, with five of his seven goals coming from half-chances around the six-yard box.

But reading where the ball is going to land is one of Van Dijk’s strengths, so he will be on his guard to prevent his in-form opponent getting time or space.

Chelsea need to feed early passes or crosses into the box to catch Liverpool cold.

If the service is right, the quality of Abraham’s finishing should result in Chelsea scoring at least once against Liverpool for the 20th time in their last 21 encounters.

Those who doubted Abraham's Premier League credentials have been proved wrong, with the quality of his finishing matched by that of his all-round play.

But this Sunday’s visit of Liverpool represents his toughest test yet.

If Abraham can maintain his scoring run, or at least give Van Dijk moments of concern, his stock will rise even further.