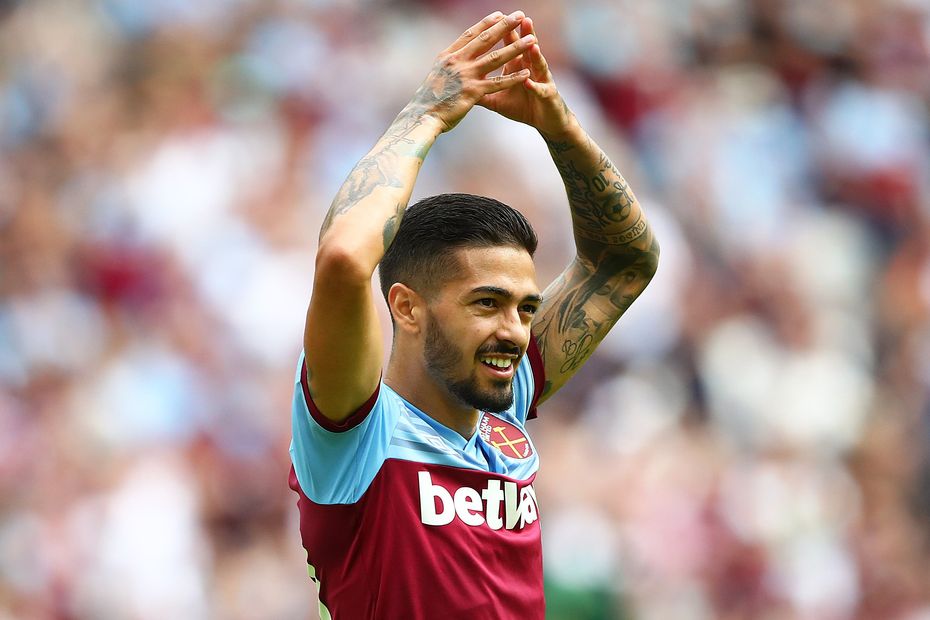 In a West Ham United squad packed with creative midfield talents, Manuel Lanzini has stood out in the early stages of 2019/20.

The 26-year-old has stamped his mark on the team in a manner he struggled to achieve when returning from long-term injury at the end of last season.

He has taken on opponents in tight areas, joined the centre-forward more often and brimmed with creativity.

Looking at his statistics you can see that his impact is significantly greater, so Manuel Pellegrini will desperately hope his creative star can recover from a "little problem" to face Manchester United this Sunday.

Lanzini on the up

Lanzini is operating in a slightly deeper role, as a "free No 8" within his manager's 4-1-4-1 formation.

Playing infield has given him greater responsibility within the framework of the team.

He touched the ball 88 times in Monday’s goalless draw at Aston Villa, more often than any West Ham player, and ranked third with 76 touches in the 2-0 home win over Norwich City the week before.

Pellegrini is encouraging his players to give Lanzini the ball as often as possible.

He has produced 15 key passes, outperforming his team-mates by a considerable margin, with Felipe Anderson the closest with seven.

It should also be noted that six of those chances have stemmed from set-pieces, where his deliveries have been superb.

Lanzini has just one assist so far, but only two Premier League players have manufactured more goal opportunities.

When Lanzini plays well, it usually lifts those around him, so West Ham will want him to be fit and on form against Man Utd.

It is often ignored that the Argentinian is an excellent ball winner. The Hammers are sure to rely on him breaking up opposition attacks at London Stadium.

Dropping in to pick up loose balls or make interceptions, he is terrific at turning the ball over and launching transitions.

In these scenarios his talents tend to flourish.

Man Utd's Scott McTominay and Nemanja Matic are likely to be charged with limiting Lanzini's influence.

Although Lanzini was quieter at Villa Park last time out, his form this season still suggests they will need to play well to contain him.