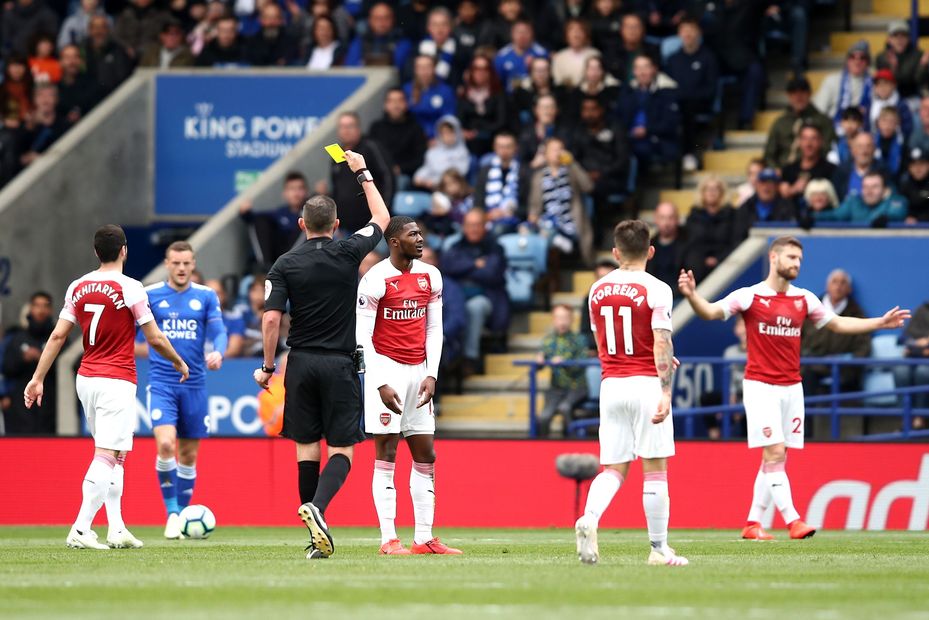 VAR can be used to overturn a subjective decision if a "clear and obvious error" has been identified.

The referee will explain their decision to the VAR and what they have seen.

If the evidence provided by the broadcast footage does not accord with what the referee believes they have seen, the VAR can recommend an overturn.

When the review process is completed, the referee will show the "TV signal" and communicate the final decision.

The referee will then take, change or rescind any disciplinary action, where appropriate, and restart play in accordance with the Laws of the Game.

The VAR decision will be communicated to fans in the stadiums via graphics on the big screens, or via a combination of PA announcements and messages on scoreboards in stadiums without screens.

Definitive video clips will also be shown where possible for decisions overturned by the VAR.