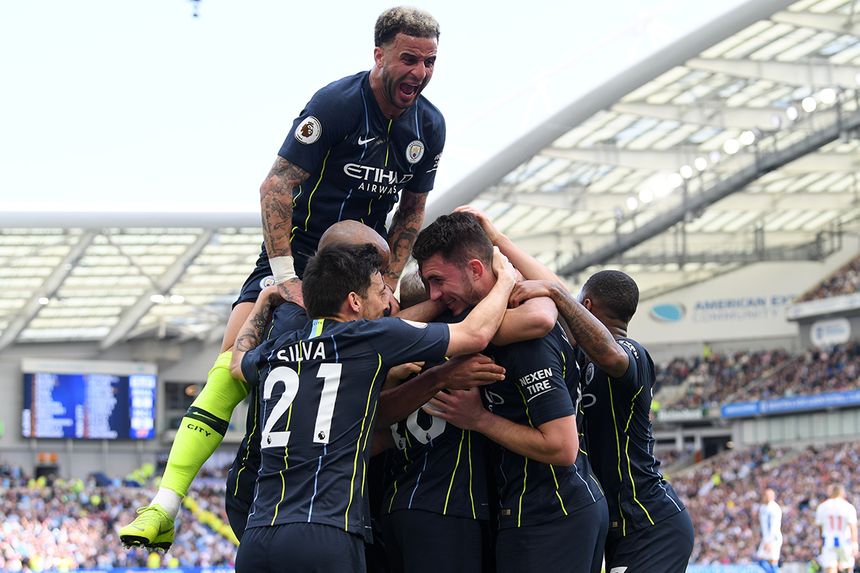 Manchester City and Liverpool produced a thrilling title race in which they shared an incredible 195 points but that combined tally for the top two was not the only record smashed in 2018/19.

It was a campaign that also featured the most away wins for top-flight sides in history.

Visiting teams claimed 128 victories in 380 matches, a remarkable share of 33.7 per cent.

Draws were a rarity.

Never before in the Premier League era had there been as few as the 71 draws we witnessed this season. The points were shared in a mere 18.7 per cent of all matches.

This was the smallest proportion at the highest level of English football since 1931.

One of the most pleasing aspects of 2018/19 was the amount of goals scored.

While some may question the quality of the defending, I prefer to look at the standards set by the attacking players and in that regard we saw top-class football.

Across the last 15 seasons this was the best for accurate shooting and finishing prowess.

Inside the final third the quality was exceptionally high.

One major reason behind the upturn in goals was the progress made by clubs finishing in mid-table.

Indeed, Leicester City were the only club to finish between eighth and 14th whose goal tally fell from the previous season.

Overall there was an aggregate improvement of 35 goals shared between the other six teams in these positions.

Of those, West Ham United, Watford, Crystal Palace and AFC Bournemouth all operated with twin forwards on a number of occasions and that attacking ambition paid off in results as well as goals.

Clubs who finished between seventh and 14th place won an extra 20 matches compared with teams who occupied those spots in the previous season, collecting an additional 39 extra points.

Headers on the rise

Target-man centre-forwards are also back in demand.

And with two-man strikeforces regaining popularity with managers, it altered the complexion of the way Premier League teams created chances.

This was a campaign that reminded us of the value of having a physical presence inside the danger zone.