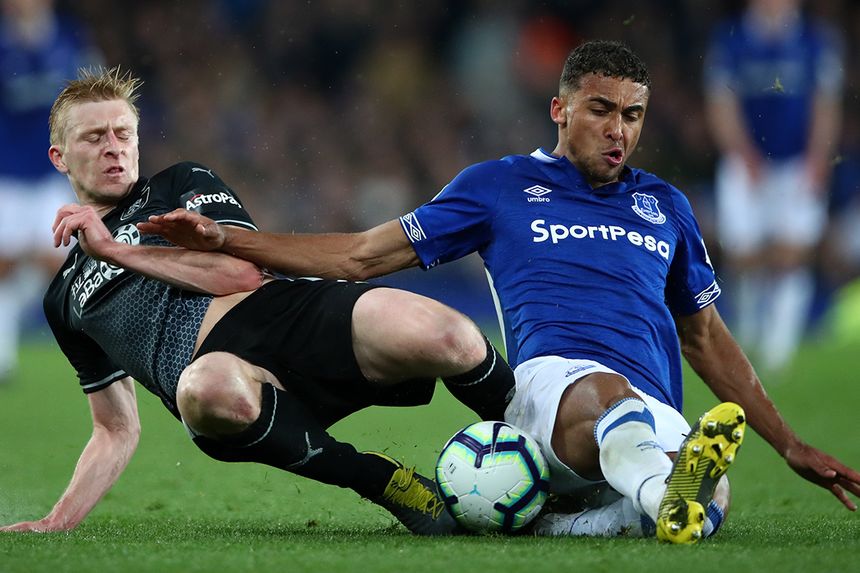 The art of tackling improved this season, with players becoming wiser in their decision-making and picking the right moment rather than flying in recklessly.

It was the second season running that we saw a decline as the tally dropped to 7,768.

As a by-product of this downturn in fouls, dead-ball situations have become less significant and influential in results.

Just 8.2 per cent of goals were scored from free-kicks last term, the lowest figure since such data has been measured.

There is a strange contradiction in this season’s stats, however.

While all the evidence above points towards better tackling, there was a steep increase in the number of penalties.

The division’s two best dribblers, Wilfried Zaha and Eden Hazard, earned the most, with six and five respectively. But overall it is hard to explain the phenomenon.

My conclusion would simply be that officials were much stricter on fouls made inside the box.

All three relegated sides suffered badly in the concession of penalties, as did Brighton & Hove Albion, who finished fourth from bottom.

But it is Arsenal who have been most reckless with infringements close to their own goal in recent years.

For the third season running they were among the top teams for the most penalties conceded.

With Video Assistant Referees (VAR) being introduced in the 2019/20 Premier League season, penalty decisions will be reviewed.

While there was a large uplift in penalty kicks during the 2018 FIFA World Cup Finals, VAR has the power to cancel decisions as well as award them.

In theory, then, there should not be a significant difference.

And during the first season that VAR was used in the Italian, German and Portuguese leagues, there was no increase in the number of penalties.