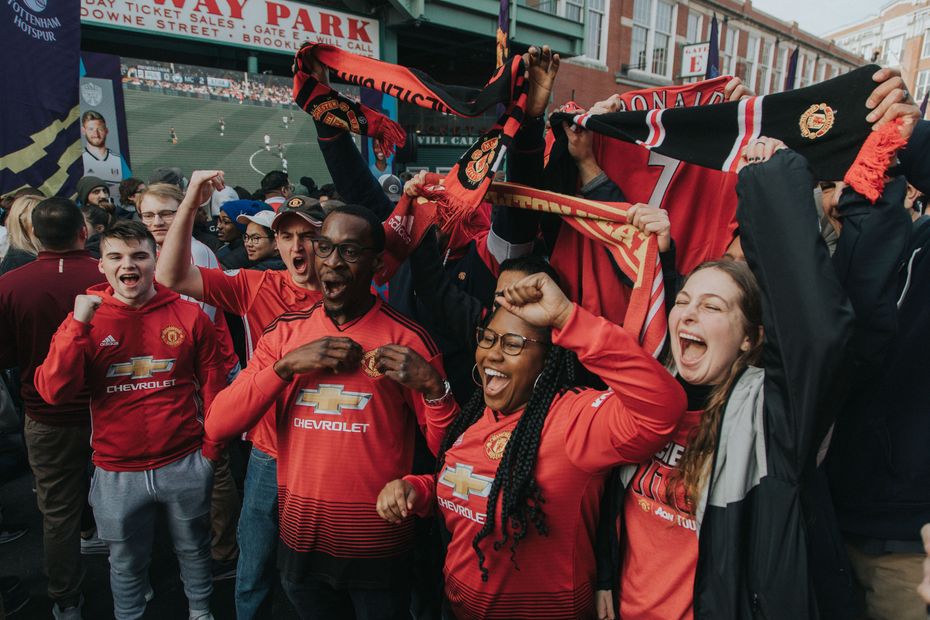 Record numbers of fans around the world watched the most exciting Premier League title race in years.

The battle to be champions went down to the final day for the first time in five seasons and was decided by just one point, as Manchester City and Liverpool’s brilliant performances earned them 195 points in total, another Premier League record.

The titanic title race helped to deliver a 12 per cent growth for Sky Sports’ audiences in the UK this season.

Sky also recorded its highest average live audience for four years and had its best viewing figures for a single match in seven seasons when Man City hosted Liverpool.

BT Sport had its best ever Premier League season, including its largest UK live audience for a Premier League match, when 1.7million watched Liverpool v Arsenal.

In total, about 70 per cent of the UK population watched the Premier League this season, either through Sky, BT or the BBC.

A record 1,072 goals were scored in 2018/19 and fans were determined not to miss the Premier League action, with the numbers watching on PCs, tablets and mobile devices in the UK also up on last season.

"Undoubtedly the drama being played on the pitch has helped increase our UK live audiences across Sky Sports and BT Sport and we also believe the feelgood factor around English football following last summer’s FIFA World Cup has played its part," said Richard Masters, Interim Chief Executive of the Premier League.

The 2018/19 season caught the imagination of supporters around the world as well, as many countries had record audiences.

US and China on the up

In the United States and China, viewing figures for the Premier League were up on 2017/18.

NBC Sports’ average Premier League numbers rose two per cent while its digital audiences were the US broadcaster’s highest ever.

NBC’s simultaneous coverage of all 10 final-day matches attracted more than 2.2million, a 19 per cent rise on the previous season.

"In making all 10 matches available on the final day of the season, Championship Sunday is a very exciting broadcast proposition and is rightly appreciated by all Premier League fans in the US," Molnar said.

In China, Premier League audiences were up six per cent on last season.

Several other countries enjoyed their highest ever audiences for an individual match.

Man City v Liverpool brought record numbers to their screens in Netherlands, Canada and Denmark, but it was not just fixtures involving the title contenders that delivered record figures.

The compelling season on the pitch was backed up by the numbers of people going to matches.

Premier League stadiums were more than 95 per cent full for the seventh season in a row, as fans took advantage of ticket prices that for the majority of supporters cost less than £30.