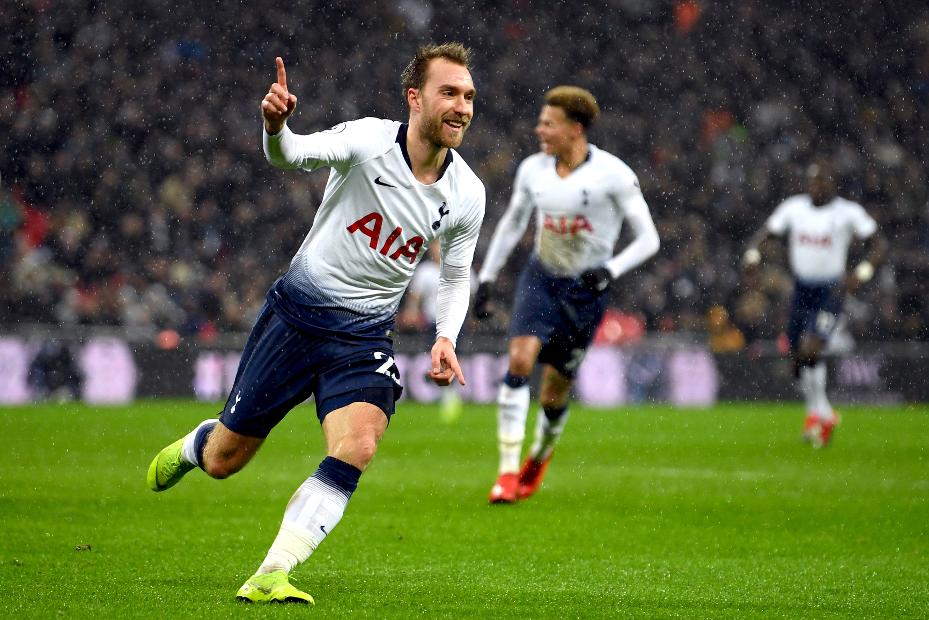 Christian Eriksen on his goal: "It's always emotional" External Link

After coming off the bench to score decisive goals against Inter Milan and Burnley recently, Christian Eriksen is building a reputation as Tottenham Hotspur’s "super sub".

But, the 26-year-old is still one of Mauricio Pochettino’s key players and will surely return to the starting XI, probably at Everton on Sunday.

Since returning from injury for the excellent 3-1 victory at home to Chelsea on 24 November, Eriksen has played a starring role.

Across the last five Premier League matches, three of which Eriksen started, he has conjured up an impressive four assists, as well as the late winner last weekend against Burnley.

The only match where he did not directly contribute towards a goal was the 2-0 win at Leicester City, when he played only 23 minutes.

In a season in which he has started only nine matches, Eriksen’s end product has been great.

Eriksen’s versatility adds to his value. He can play in any of the three attacking midfield positions, or deeper if required.

Against Chelsea and Arsenal he performed a disciplined job on the left of a midfield diamond. At home to Southampton he enjoyed a free No 10 role, while as a substitute against Leicester and Burnley, the Dane was on both the left and right wings.

Wherever he plays, Eriksen creates chances from open play.

He is also a wizard from dead-ball situations. Four of his six assists have come from set-pieces.

This flexibility allows Pochettino to experiment with different formations.

Eriksen's 26 key passes and six assists are more than any Spurs team-mate, but until last Saturday he had not been his usual self in front of goal.

Eriksen’s added-time winner against Burnley was his first Premier League goal of 2018/19 and he has registered a low 5.6 per cent chance-conversion rate.

Too many of his efforts this season have been from long range.

To improve that total Eriksen must burst into the penalty area more often.

His energy regularly lifts his side, so if he can replicate the runs into the penalty area he made against Inter and Burnley, don't be surprised if Eriksen adds to his solitary goal on Sunday.