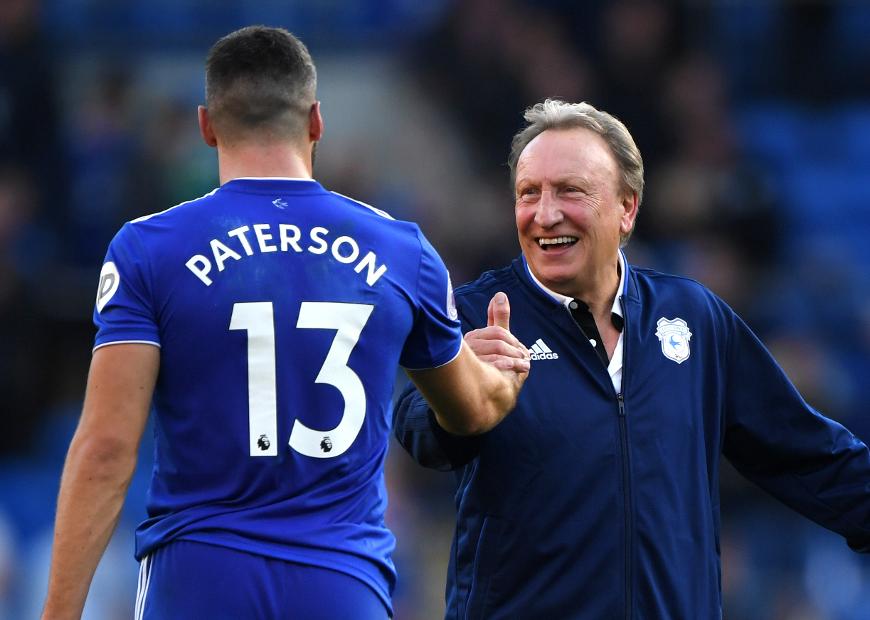 GW18 Ones to watch: Callum Paterson

After a disappointing start to the campaign, with two points from the first eight matches, the 70-year-old brought Aron Gunnarsson into the XI as a deep-lying midfielder and converted utility man Callum Paterson into a lone striker.

Results at home have been transformed. After earning just a point from four matches at the Cardiff City Stadium they have won four of their last five matches there.

It will give Warnock optimism his side can get the better of a Manchester United side managed for the first time by former Cardiff boss Ole Gunnar Solskjaer.

Return of the Ice Man

Gunnarsson's return from a knee injury in mid-October can be seen as a big turning point.

Without the all-action Icelander to hold their midfield together during the opening weeks, the team had relied on Joe Ralls, Harry Arter or Victor Camarasa to protect their back four.

But all three prefer box-to-box roles where they can make forward runs in support of the centre-forward. The return of Gunnarsson has enabled them to do that.

The 29-year-old is not an outstanding ball-winner but has injected strength and mobility into the central areas.

Knowing he will charge around the middle third providing cover, Arter, Ralls and Camarasa have been able to play a little further forward.

Consequently, the side have been better balanced.

Although early home fixtures against Arsenal and Manchester City should be taken into account, it is clear Warnock's men have improved at both ends of the pitch since Gunnarsson returned, as the table above shows.

The midfielder's steel has given the team greater stability, with and without the ball.

Switching Paterson into the centre-forward role has also been a masterstroke.

The 24-year-old impressed in the Championship as a combative central midfield player who burst into the box to score goals.

From time to time he had even operated at right-back.

Yet across the last 10 Premier League fixtures Paterson has been the spearhead of the Cardiff attack, in a modified 4-1-4-1.

He has shown a good poacher's instinct, scoring against Fulham, Liverpool, Brighton & Hove Albion and Southampton, but it is his strength as a target man that most stands out.

The Scot's power in the air is second to none. He has won more aerial duels than any other player in the league.

Paterson is a handful for defenders, producing knockdowns for midfield runners, and holding the ball up well, as well as alleviating pressure for his own team-mates.

Selecting Gunnarsson as the bridge between defence and midfield, and shunting Paterson into the striker's position has improved the efficiency of Cardiff's play.

If they can reproduce their recent home form, they will not make life easy for Solskjaer on his managerial debut for United.