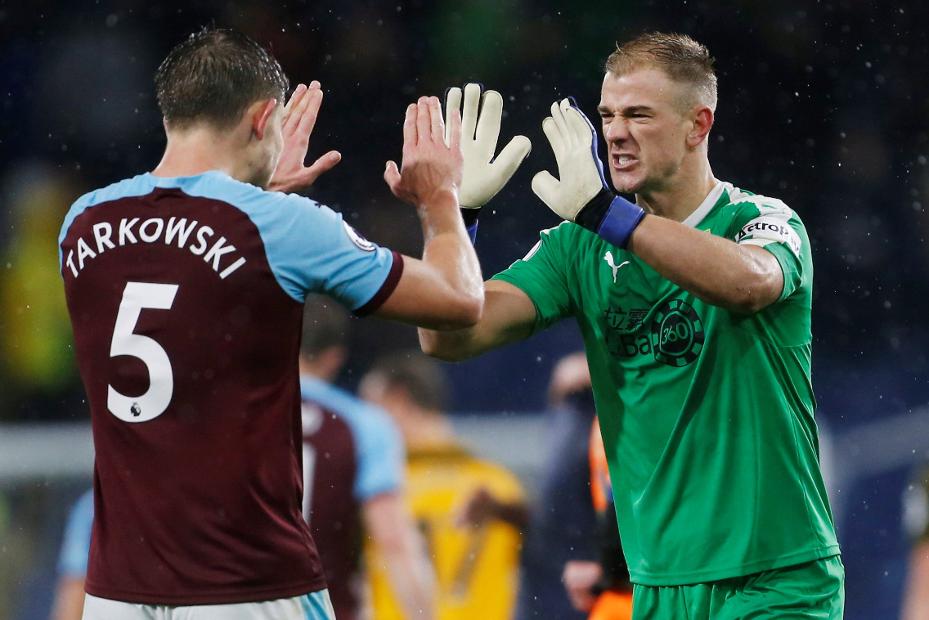 In a bid to contain Tottenham Hotspur last weekend, Sean Dyche did something radical.

The Burnley manager set up his team in a 5-4-1 formation for the first time in his six years at the club.

For someone who had exclusively started with a four-man defence in the Premier League, it was a fascinating move that almost paid off, with Christian Eriksen scoring the only goal for Spurs in stoppage time.

Was this switch a sign of respect towards Spurs in particular? Or is it a needed change in general for a side who have conceded the most chances this season?

The answer is likely a combination of the two.

Dyche can consider his experiment a success, despite the result. Spurs were restricted to only three shots on target.

So he is likely to give it another go for the return to north London, at Arsenal, in Saturday's early kick-off.

A change of strategy was needed.

Whether Dyche had lined Burnley up in a 4-4-1-1 or 4-4-2 formation, they had consistently struggled to keep things tight at the back, especially away from home.

In 2018/19, Burnley have conceded 7.11 shots on target per away match, the highest average in the division.

When compared with their excellent containment of an in-form Spurs side, it's fair to say that Dyche's players adapted well.

Most shots on target faced away

Arsenal have kept only three clean sheets in 17 matches but their main focus should be on how to break down Burnley.

The Clarets have had only 16 shots on target in nine away matches this season, eight of which came from set-pieces. So Arsenal head coach Unai Emery can expect the visitors' attacking ambitions to be low.

Emery is proving an expert tactician who is willing to change systems, so I would expect him to move away from the 3-4-2-1 system he used in the 3-2 loss at Southampton.

Given that Arsenal are likely to have about 65 to 70 per cent possession, and that Burnley will probably play with a single striker, adding an extra attacker is Emery's logical choice.

It may therefore be right for Emery to pair Pierre-Emerick Aubameyang and Alexandre Lacazette together in a forward line.

The duo did not click within a 3-5-2 set-up during the first half of their last home match against Huddersfield Town but when paired in a narrow 4-4-2 formation in the second half at St Mary's Stadium last Sunday, Arsenal posed a far stronger attacking threat.

In stark contrast to the first half at St Mary's, when they had only three goal attempts, Arsenal had 10 shots after the break and stretched Southampton far more easily with two forwards making runs down the channels.

By occupying three central defenders with two out-and-out strikers, Emery’s men got on the ball inside the final third almost twice as much as in the first half.

This pair will provide another stern examination for Burnley and their possible back three.

If they can successfully negate Arsenal's firepower, Dyche will surely have to consider using these tactics more often.

Part 1: Flexible Eriksen at the heart of Spurs surge
Part 3: How Warnock made Cardiff a fortress