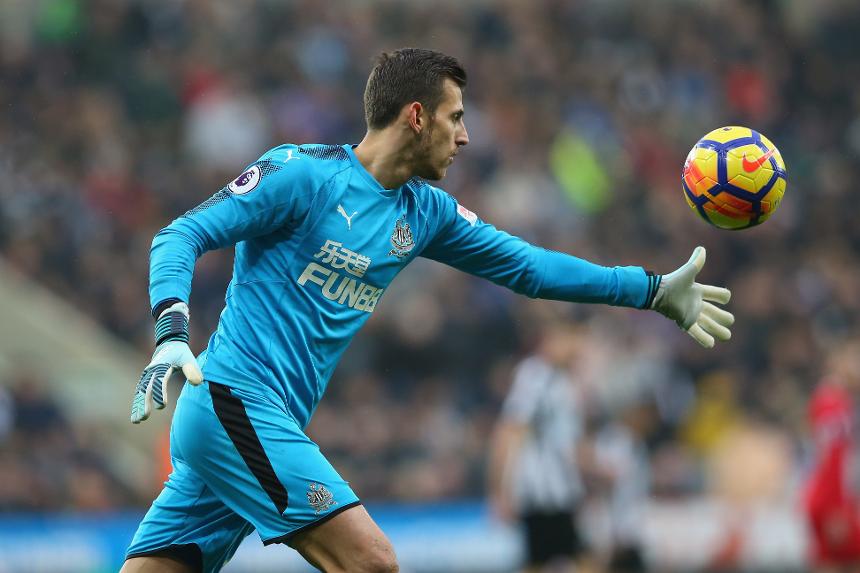 Home form and a Double Gameweek to come make the Magpies No 1 a catch in Fantasy, says The Scout

'This will be one of Benitez's proudest seasons'

The goalkeeper can solve a problem position for FPL managers.

Dubravka is one of only two goalkeepers available for £4.5m or less who has both a strong Gameweek 36 fixture and two matches in Gameweek 37.

The other is Alex McCarthy (£4.4m) of Southampton.

The value that Dubravka offers could be vital when preparing a squad for that Double Gameweek, when the Magpies are one of 12 teams with two fixtures.

Since arriving on loan from Sparta Prague in January, the Slovak has been a key performer for manager Rafa Benitez.

In his four home matches, Dubravka has conceded only once and kept three clean sheets.

He has been behind a defence who have have allowed only eight shots on target over that period. Only Manchester City, with seven, have conceded fewer over their last four home matches.

But no team have scored fewer than their nine goals in away matches, handing Dubravka the ideal opportunity to produce yet another shutout.

He can also be a key target for those managers plotting to use their Bench Boost chip in Gameweek 37, when Dubravka travels to both Watford and Tottenham Hotspur.

Goalkeepers often excel in Double Gameweeks because, even if they don't get clean sheets, they will likely provide save points.

Alongside Lukasz Fabianski (£4.7m), who will take on AFC Bournemouth away and Southampton at home, Dubravka can make up a perfect Bench Boost goalkeeping pairing.

But he can also serve any Fantasy manager simply seeking points this weekend with the prospect of two fixtures in Gameweek 37.