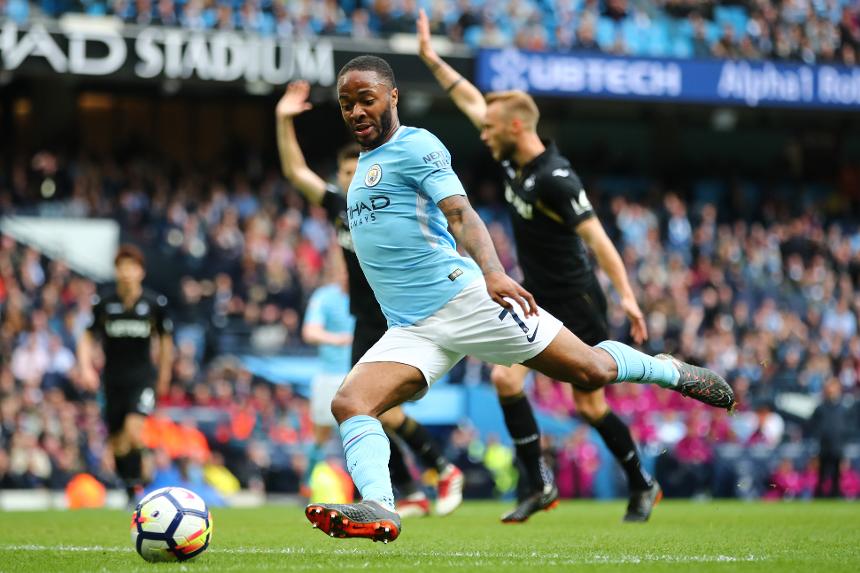 Improved threat and consistency make the Man City winger a must in Fantasy, according to The Scout

In any other season, the Manchester City winger would be the top-ranked midfielder in Fantasy.

Mohamed Salah's (£10.6m) extraordinary debut campaign at Liverpool has distracted from Sterling's progress and his worth to FPL managers.

But the statistics show just how excellent Sterling has been.

He has played 45 minutes or more in 27 Gameweeks and, over those appearances, has failed to produce a goal or an assist on only six occasions.

This consistency has been evident in recent appearances.

He has supplied three goals and four assists to score points in each of his last five Gameweeks.

Since Gameweek 30, Sterling's 16 shots and 12 penalty-area shots are both more than any team-mate.

He has also had seven big chances.

This is more than any player in the game and suggests more goals are to come. In comparison, Gabriel Jesus (£10.3m) has had five.

That form has not gone unnoticed in Fantasy.

Sterling was second only to Jesus for transfers in ahead of the Gameweek 35 victory over Swansea City, with 327,966 new owners.

And he is currently the third-most signed prior to Sunday's trip to West Ham United, picking up over 40,000 more.

The Hammers have kept a single clean sheet in their last seven matches.

Over that period they have conceded 17 goals, no side allowing more.

Sterling justifies being their top target. His average of seven points per match betters any team-mate.

With form and fixtures aligning for the run-in, overlooking one of the season's most consistent performers seems to be a risk too far.