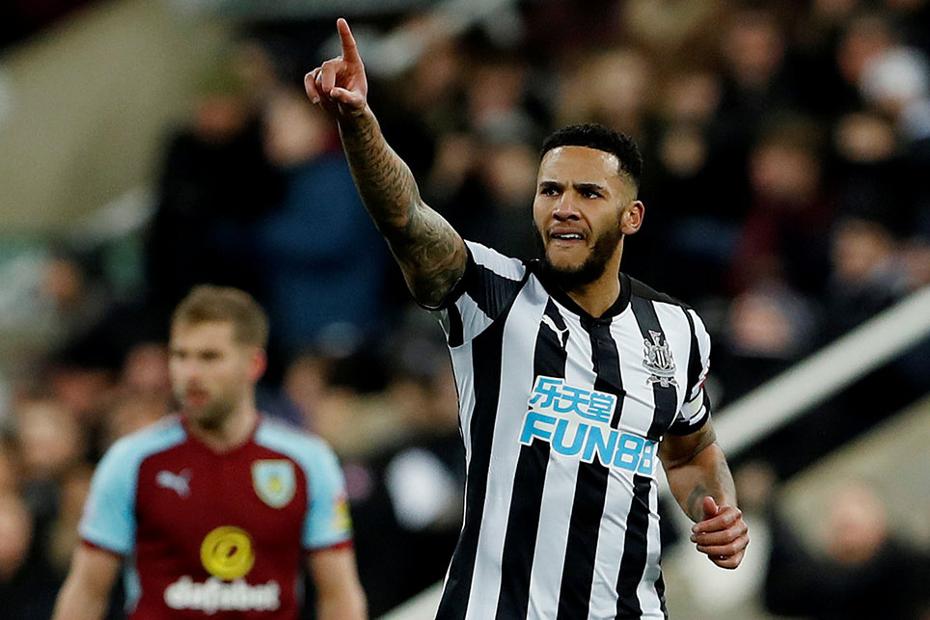 Pound for pound there are very few Premier League players who are more valuable to their team than Jamaal Lascelles.

Captaining Newcastle United with authority and outstanding defensive traits, the 24-year-old will be an indispensable figure when Rafael Benitez’s side visit Liverpool this Saturday.

Newcastle’s record this season with and without Lascelles speaks volumes about his significance.

They have conceded one goal or fewer in 18 of his 22 starts, while, by contrast, they have leaked 17 goals in the six matches he did not start.

As a leader and their best defender, they can ill-afford to be without him.

Coping with the three-pronged brilliance of Mohamed Salah, Sadio Mane and Roberto Firmino will not be easy. But Lascelles and his centre-back partner Florian Lejeune go into the match in solid form.

Lascelles was superb in the 1-0 home win over Manchester United.

He made three blocks, nine clearances and won 85.7 per cent of his duels in an heroic backs-to-the-wall performance.

The skipper also excelled at AFC Bournemouth last weekend, making 16 clearances and coming out on top in 80 per cent of his duels.

Lejeune has been just as impressive. Across those two contests the Frenchman exuded confidence and registered 23 clearances while averaging a 69 per cent success rate in duels.

Lascelles and Lejeune are a strong pairing, complementing each other well.

Neither dives in with aggressive challenges. They rank 14th and 15th respectively at St James’ Park for the most tackles won this season.

Instead, they are at their most comfortable defending deep and absorbing pressure.

Regularly using their strength, bravery and positioning inside the box to thwart strikers, they seem to have the right qualities to repel a side of Liverpool’s ilk.

Lejeune, 26, is a superior reader of the game, making 29 interceptions to Lascelles’ 19, in eight fewer starts, but in terms of style they are cut from a similar cloth.

In Lascelles and Lejeune's eight starts as a pair, Newcastle have conceded more than one goal on only two occasions: 2-2 at Southampton; and at AFC Bournemouth.

Liverpool have a phenomenal home record against bottom-half opponents this season, scoring 16 goals and conceding just one in six unbeaten matches. But, they will encounter a resolute visiting defence.

But Lascelles and Lejeune cannot do it all alone. The entire Newcastle team will need to defend extremely well.

The wide men, Matt Ritchie and Kenedy, must track back as well as offering a threat on the counter-attack.

The full-backs must remain compact and disciplined. Benitez’s central midfielders will also need to be disciplined.

Manchester United and West Bromwich Albion have both shown it is possible to curb Liverpool’s skill and movement by setting up in this manner, both securing stubborn goalless draws.

With Lascelles leading by example, alongside Lejeune, don’t write off the prospects of a tight match.