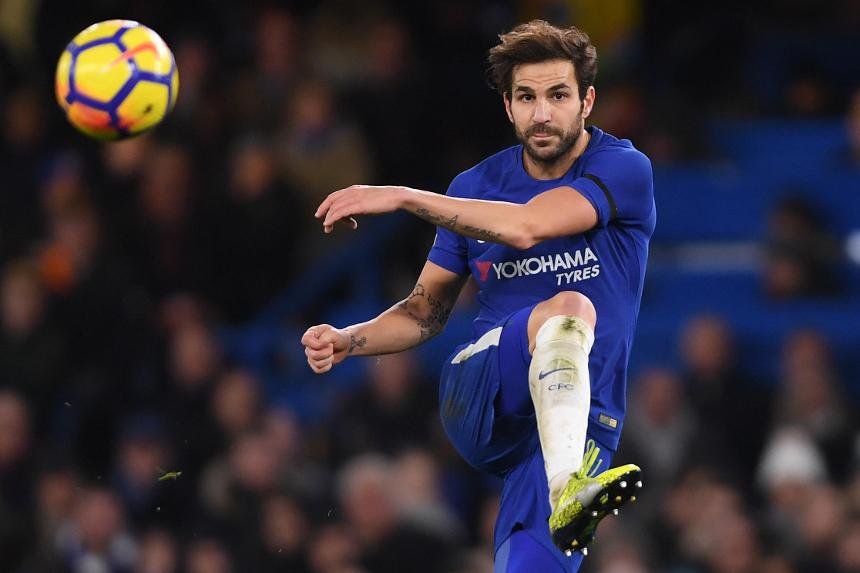 Guardiola: 'We can do better' External Link

Fourteen Premier League teams have tried and failed to beat Manchester City at the Etihad Stadium this season.

So Antonio Conte and Chelsea know the challenge that awaits them on Sunday.

But the Italian may have noted a pattern to the closest-fought contests the league leaders have had at home and may look to copy.

Everton, West Ham United and Southampton are the only sides to have conceded two goals or fewer at Etihad Stadium.

Each of these three teams started with three centre-backs and a trio of central midfielders screening in front of them.

By packing the central third of the field when out of possession, looking to spring counter-attacks, they all made their trips to Manchester competitive.

Chelsea are familiar with playing this way. So I expect Conte to swap the 3-4-2-1 shape he used at Manchester United for a 3-5-2 system against City.

With this in mind, I feel he should recall Cesc Fabregas in a three-man midfield alongside N’Golo Kante and Danny Drinkwater.

The Spanish playmaker enjoys having two more defensive players around him. It allows him to concentrate on looking to hurt the opposition.

Fabregas has only started 60 per cent of Premier League matches this season and has just four PL assists, compared with 12 in 2016/17.

But he remains Chelsea’s most creative player and his statistics are impressive.

Man City’s imperious home form and dominance of possession means Chelsea will likely have limited opportunities to attack them.

Therefore, when they do win the ball back, Chelsea must strike hard and fast with incisive, attacking football.

He can split the City defence with a slide-rule pass, releasing a striker. Or by simply delivering quality around the box, he can make those crucial moments count.

It is difficult for any opponent to cope with City’s ferocious and well co-ordinated pressing game, but Fabregas's presence would help Chelsea, too.

He can play clever one-touch passes better than most, bypassing players who close him down.

This would allow Conte’s side to break through the lines.

If Pep Guardiola’s side cannot stop Eden Hazard from receiving passes in those pockets of space, they will have problems keeping a clean sheet.

City’s defence have looked uncomfortable when play is stretched and opponents have slipped passes behind their defenders.

Goals by Jacob Murphy, for Newcastle United, and by Alexandre Lacazette, for Arsenal, at the Etihad spring to mind as examples.

In recent weeks the leaders have also looked vulnerable to early balls delivered long and over the top.

This is the downside of playing a pressing game that squeezes their defenders higher up the field.

Fabregas is level with Kevin De Bruyne for supplying the most successful through-balls, with 10 accurate passes apiece.

So he is tailor-made to deliver a telling blow on the counter.

Which Blues to start up front?

If the 30-year-old plays, Conte’s key decision is then who to field up front.

Providing Chelsea’s strategy is based around penetrative breakaways, the movement and pace of Alvaro Morata may give him the edge over Olivier Giroud.

A Hazard-Morata combination is the most likely choice, but don’t rule out a fluid partnership between Hazard and Willian instead, given the the Brazilian’s form.