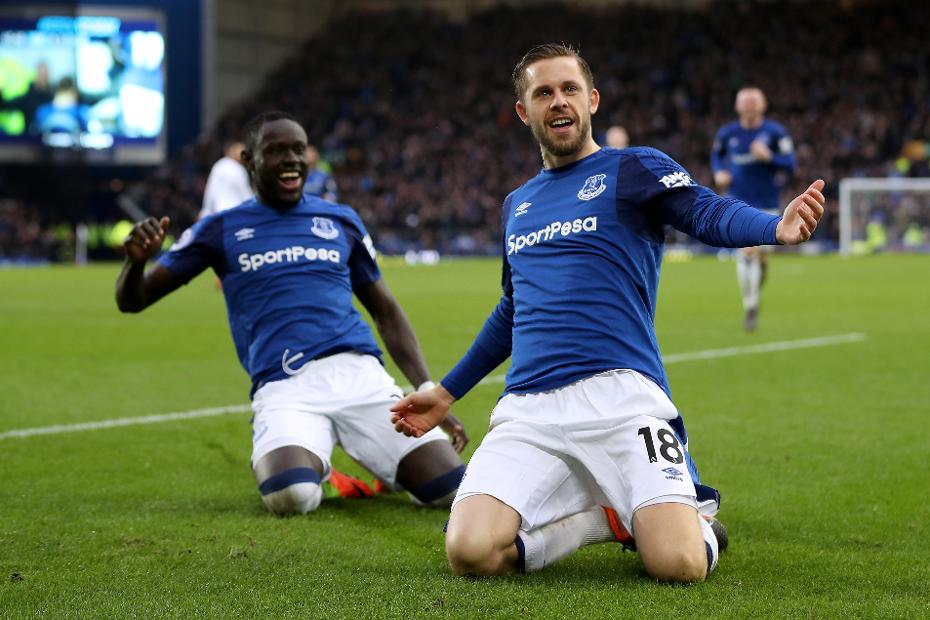 Adrian Clarke says a change in style could help Everton address a lack of away goals, starting at Burnley

While Everton’s defensive record has contributed to their travel woes, an improvement in possession away from Goodison Park would also help.

There have been issues with the balance of the side all season, and Sam Allardyce has work to do ahead of Saturday's trip to Burnley.

Early in the campaign, Everton lacked pace going forward. They have since experimented with a variety of forwards and attacking configurations.

Everton have tried using the movement of Sandro Ramirez, the craft of Wayne Rooney, the combativeness of Dominic Calvert-Lewin, the power of Oumar Niasse and the predatory instincts of Cenk Tosun.

But it seems Allardyce is still searching for the right formula.

Of the strikers mentioned, only three have scored away from home in open play: Rooney (two goals), Niasse (one) and Calvert-Lewin (one).

Everton have scored just nine away goals all season, the third-lowest tally in the Premier League. Of those, a third have come from penalties.

Fewest shots per away match

The issue is not solely down to the strikers.

Strategically, the team has found it difficult to strike an effective balance between attack and defence away from home.

This means opponents have found them fairly easy to handle.

Everton should try to assert control with more regular periods of prolonged possession.

Keeping the ball better should allow them to spend more time inside the opposition half and help them get their main creative talents on the ball in better areas.

They have some excellent footballers so, in theory, it should suit them.

Everton’s pass accuracy away from home is just 44.7 per cent. At Goodison Park it is 48.3 per cent.

On average they play 25 more long passes in away matches.

To bring the best out of somebody like Gylfi Sigurdsson, especially on their travels, the Toffees would be advised to shorten their game.

Picking out the Icelander more frequently between the lines would add a spark to their play.

Two of his three assists have come at home, where he also creates more chances. Sigurdsson has created 1.86 chances per 90 minutes, compared with 1.14 away.

But those figures should be higher.

Everton's present style of play is not bringing the best out of him, or his attack-minded team-mates.

They have only scored more than once in only one of their 14 away matches this season.

To win at Burnley this weekend, a change of approach could help.