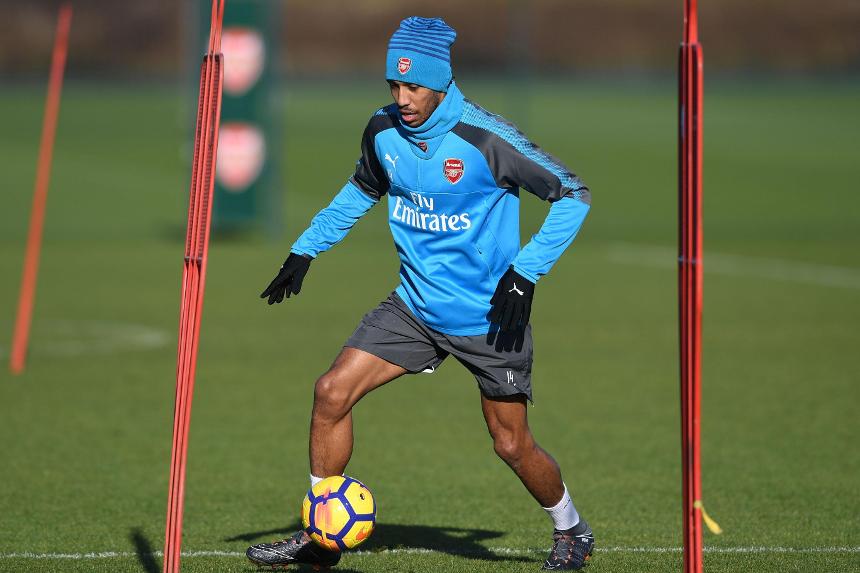 Arsenal's record signing can transform the season for some Draft managers, though familiar names can also play their part

Auba - I'm so happy to be here at Arsenal External Link

The top spot has changed hands in our "Clash Across the Pond" Fantasy Premier League Draft league.

In an eight-team division, pitching UK FPL pundits against their US counterparts, Paul McKinnon leads the way.

However, his lead over Neal Thurman is just one point as the top two go head-to-head in a Gameweek 26 encounter .

We caught up with Paul for his thoughts on his ascent and his strategy with new players added to the game.

"Pierre-Emerick Aubameyang will be the most sought-after player in FPL Draft mini-leagues.

"With 13 goals and three assists in 16 Bundesliga appearances for Borussia Dortmund this season, acquiring the Arsenal striker looks likely to prove a game-changer for some managers.

"But, knowing that I sit eighth in the waiver order in our league, I’ve already written off my chances of bringing him in.

"That meant that I reshuffled my forward options by snapping up Chelsea's new striker Olivier Giroud as a free agent.

"I’m hoping the Frenchman can copy his former Arsenal team-mate, Theo Walcott, and establish himself as a regular at his new club.

"Limited to just six substitute appearances by Arsene Wenger in 2017/18, Walcott has wasted no time in settling at Everton.

"After supplying an assist on his debut, the winger struck twice in the Gameweek 25 win over Leicester City.

"His impact is a reminder that, while the new arrivals will catch the eye of many Draft managers, pinpointing players with a point to prove after falling out of favour at their previous clubs can pay off.

"If Giroud or Walcott are still available in your league, your waiver request should be on its way."