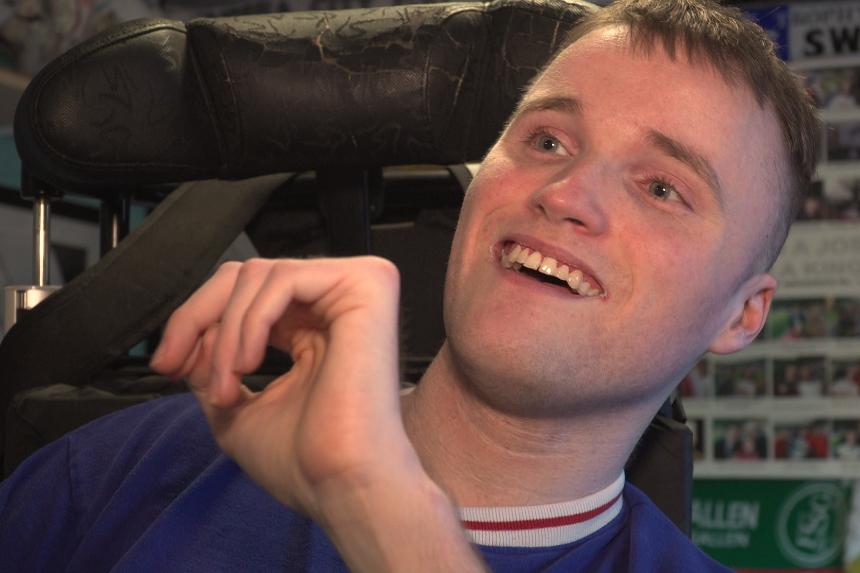 Ever since he was a boy, Josh Davies has had a special place in the heart of Swansea City.

The 26-year-old has cerebral palsy and is in a wheelchair having been born prematurely. He started supporting Swansea in 2003 when the club were battling to stay in the Football League.

"My first league game was Exeter City during the season that we stayed up," Josh says. "It's been my club ever since."

He soon became an important part of the club with his fanatical support that includes a huge collection of memorabilia from the matches he has attended.

When Josh was 13, Roberto Martinez, the former Swansea player, and his first-team colleagues visited Josh and his twin brother Jack for their birthdays.

"I was just gobsmacked," Josh says. "They couldn't do enough for us.

"[Roberto] is a very big part of my life because of what he's done for me and I will always be grateful for that."

That friendship has remained with Martinez as he became Swansea manager and even though the Spaniard is now in charge of the Belgium national team, the two still speak regularly.

When Swansea moved to the Liberty Stadium from Vetch Field, Josh was one of the first fans to be given the chance to choose his seat.

He made sure to get as close to the action as possible and to the players, with whom he is in regular contact.

"I said, 'Right in the front, by the players' dugout,'" he says of the seat selection. "There's a gang of us who always sit down the front and we always have a laugh.

"I'm sure every fan would like the same seat that I've got.

"Leon Britton comes over to me after his warm-up. As he comes running off, he comes to where I sit."

Josh's enthusiasm rubs off on to the Swansea players.

"After a warm-up, I normally try and pop over to see him," says Britton, a player-coach at the club. "He's always optimistic as well, which is always good.

"He always puts us down for a win, that's one thing I do like!"

This dedication to the Swans and Josh's optimism have had a long-lasting impact on those at the club during their improbably rise up through the divisions to playing in the Premier League from 2011.

"You have been an inspirational figure for many people at Swansea City," Martinez says in a personal message to Josh.

"Thank you, because the way you've been with the team, the way you follow the Swans, you have inspired a lot of players on the way and in my case, as a manager."