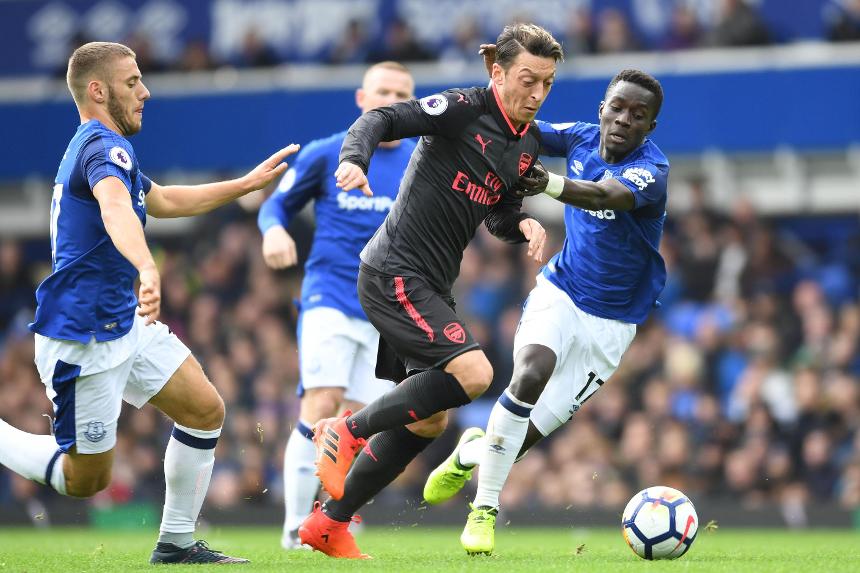 The playmaker announced his return to the FPL reckoning last weekend.

Ozil was outstanding for Arsenal in the 5-2 win over Everton, returning a goal, an assist and maximum bonus points.

The German was recalled and named in the starting XI alongside Alexis Sanchez (£11.8m) and Alexandre Lacazette (£10.3m) for the first time this season.

The trio combined to make an immediate impact on Merseyside.

Arsene Wenger’s side recorded 21 shots in the penalty area, a season high equalled only by Manchester City’s tally against Crystal Palace in Gameweek 6.

The Swans have conceded a single goal in their four away trips. But they have perhaps been fortunate.

Only Leicester City (102) and Burnley (122), who have both played a match more, have conceded more than their 80 shots on goal on the road.

The Swede suffered a hamstring problem in the Carabao Cup on Tuesday and is an early doubt. His omission could result in Kyle Naughton (£4.5m) being shifted to left-back, with  Angel Rangel (£3.9m) on the right.

That would disrupt a defence tasked with stopping the direct running of Sanchez and the creativity of Ozil.

The German proved unstoppable at Everton, delivering eight key passes, three more than any other player in Gameweek 9.

Promisingly for FPL managers, Ozil is now creating a chance every 19.1 minutes, an improvement on both of those previous campaigns.

With the clinical Lacazette and revived Sanchez converting his supply, Ozil’s potential for FPL points goes to a new level.

Yet he is currently found in only 1.6% of squads.

That makes him a formidable differential for Gameweek 10.