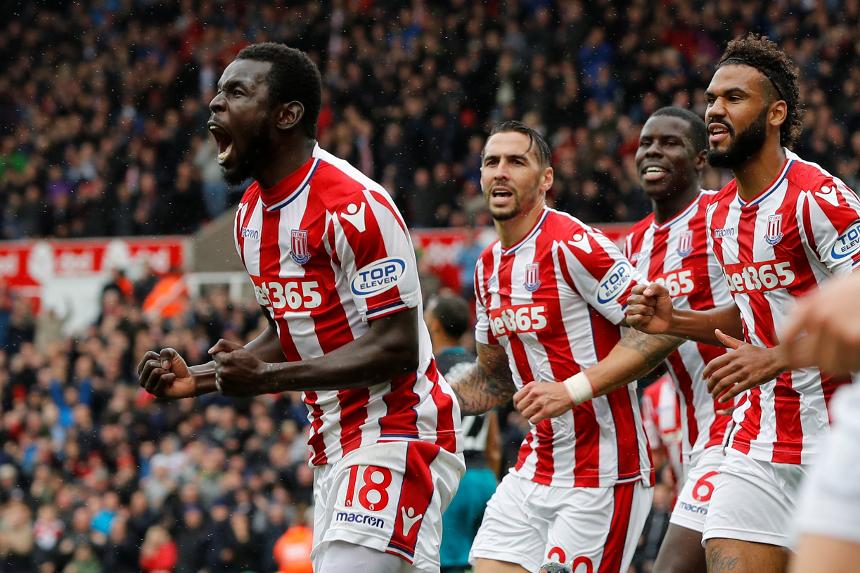 GW10 Ones to watch: Mesut Ozil

Having returned to a more familiar striker role, the Senegal international is a new cut-price solution for FPL managers.

Diouf has flourished in recent Gameweeks.

With three goals and an assist in his last three outings for Stoke City, he is ranked second only to Harry Kane (£12.7m) for form among FPL forwards.

Potters manager Mark Hughes has been deploying Diouf as a right wing-back for much of the campaign.

But having scored his first goal of the season in the 2-1 victory over Southampton in Gameweek 7, Diouf then shifted roles.

He's responded with back-to-back goals as a lone striker.

The Potters travel to Watford on Saturday - one of four matches over the next six Gameweeks that score only two in the Fixture Difficulty Rankings (FDR).

No side have conceded more goals in home matches than the Hornets' 10 and only Stoke themselves have allowed more shots (71 to 67).

More than 84,000 managers have swooped for Diouf in the past two Gameweeks, with another 60,000+ signing him ahead of Saturday's 11:30 BST deadline.

But the striker is still part of only 3.2% of squads.

Like Abraham, he could be used in rotation with a cut-price defender or midfielder.

Options such as Pascal Gross (£5.8m) and Ruben Loftus-Cheek (£4.5m) provide suitable candidates to swap in and out of the XI with Diouf.

This is a good way of maximising value, a crucial strategy when expensive options such as Sergio Aguero (£11.7m) and Kane are proving popular targets.

Diouf has the form to sit alongside those expensive strikers, providing managers with value and an effective differential.