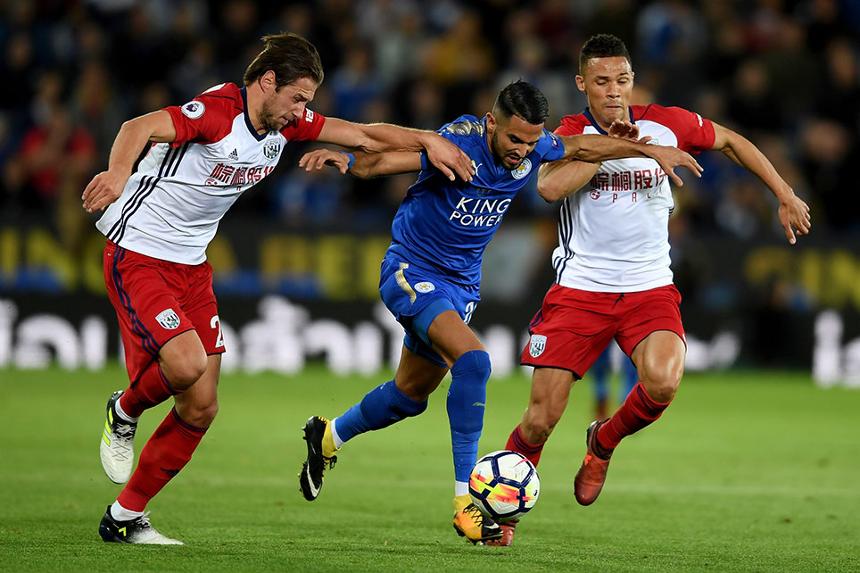 Contributing to 54% of Leicester City’s goals, The Scout sees an FPL renaissance for Algerian winger

The Leicester City midfielder can be a factor in our FPL seasons once again.

With two goals and two assists in his last three outings in all competitions, he is hinting at a revival.

The top-scoring FPL player when Leicester won the title, with 240 points, Mahrez has since struggled for FPL attention.

Six goals and four assists last season have prompted just 3.7% of managers to seek him out in 2017/18.

But that ownership could make Mahrez a powerful differential should he continue to build on recent returns.

The Foxes face Everton at the King Power Stadium on Sunday.

The Toffees parted company with manager Ronald Koeman this week, having earned one victory in nine Gameweeks.

With 18 goals conceded over that spell, their single clean sheet came on the opening weekend.

Their defence has conceded 50 shots on target; only Crystal Palace (52) have allowed more.

Leicester have also struggled, leading to the recent departure of Craig Shakespeare.

But that makes Mahrez’s all-round contribution even more encouraging.

He is also joint-top with Marc Albrighton (£5.5m) for chances created, with 10.

As a result, Mahrez is back established as the pivotal figure in their attack.

When on the pitch, the winger has contributed to 54% of their goals, scoring once and providing five assists.

His strike in Tuesday's Carabao Cup win over Leeds United underlined that Everton must stop Mahrez if they are to begin their own recovery.

But the Algerian has the pedigree and renewed confidence to inflict further misery on the Toffees.

In doing so, he would take another step in winning back the confidence of FPL managers.