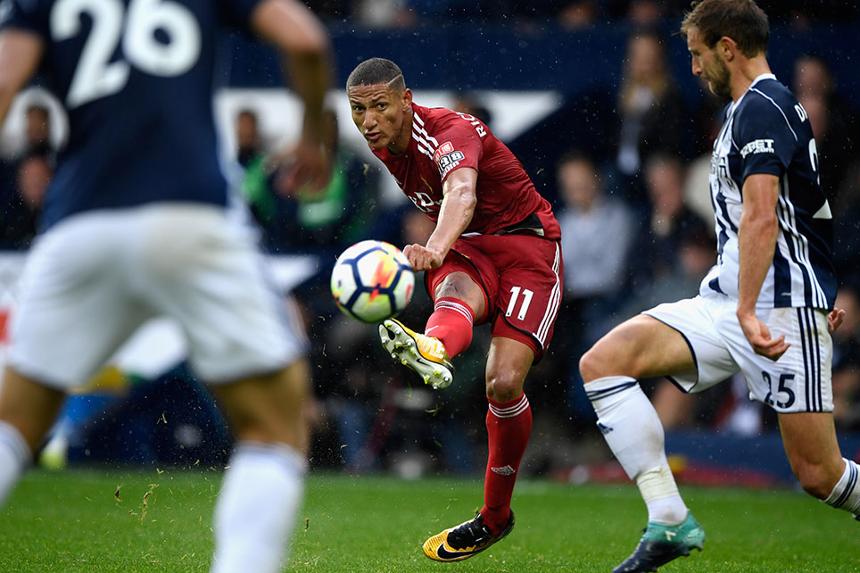 The Scout's series on FPL options starts with a bargain buy rivalling Salah, Kane and Lukaku for shots

The value and potential on offer from the Brazilian looks too good to ignore.

With three goals and four assists for Watford, Richarlison has supplied 50 points from only eight starts.

He has made a huge impression since arriving at Vicarage Road.

While guilty of missing two big chances in Saturday’s 4-2 defeat by Chelsea, the number of opportunities coming his way belie his modest FPL price tag.

His 32 shots are more than any other midfielder in the game.

Only Kane (67) has recorded more penalty-area touches than Richarlison’s 65.

His numbers rival those of a striker and, if he can improve on his 18.8% shot accuracy, his FPL stock will surely boom.

The 20-year-old now has the platform to reach new heights.

Saturday’s home meeting with Stoke City marks the beginning of a favourable run of fixtures for the Hornets.

Three of their next four encounters score two in the Fixture Difficulty Rankings (FDR).

No team have conceded more goals than Stoke's 20. They have also allowed 24 big chances. Only Crystal Palace have surrendered more (25).

With FPL managers scrambling to secure expensive strikers such as Sergio Aguero (£11.7m) and Kane, the need to find value in midfield is vital.

Richarlison is a bargain who seems almost unrivalled and, with form and fixtures aligning, this is the time to go for him.