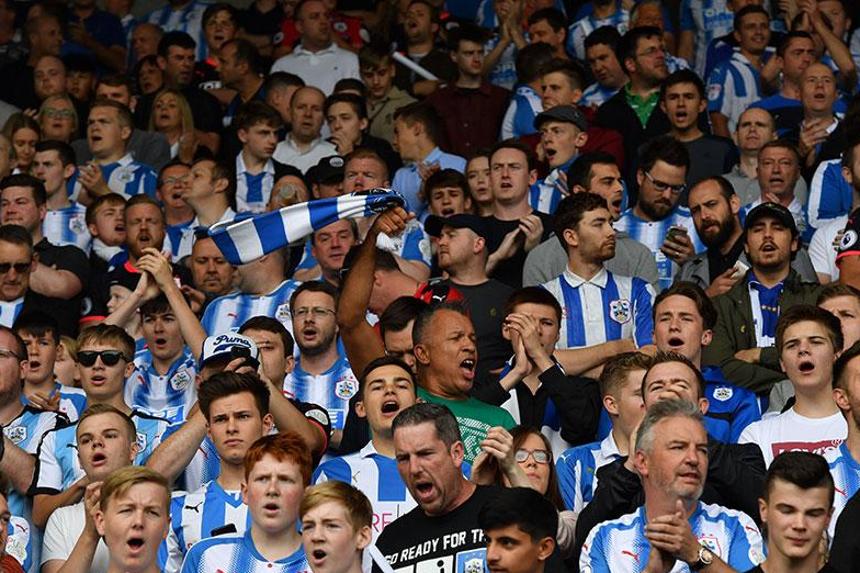 A promise made by the Huddersfield Town chairman 10 years ago means the club’s fans enjoy among the most affordable tickets for a Premier League match at the John Smith’s Stadium and the Terriers are reaping the benefits on and off the pitch.

Dean Hoyle promised supporters that if they bought a Season Card every year until the club reached the Premier League, he would allow them to purchase the Season Card for £100.

The chairman and owner has not only honoured his commitment to those long-standing supporters but tiered the rest of the club’s season-ticket pricing so as not to alienate newcomers.

"Having 20,000 people as Season Card holders here at the John Smith's Stadium is phenomenal and the spin-off from that is the atmosphere has gone through the roof,” says Sean Jarvis, Town’s commercial director.

So not only are the team enjoying extra backing for their Premier League debut season from Terriers fans, but the club are also enjoying the money that has been freed up being spent elsewhere to Town’s benefit.

“The way the club have priced the tickets has enabled fans to afford to buy shirts, merchandise and match day programmes,” Jarvis says.

"This has made for a more engaging fan experience and the atmosphere has benefited hugely.”

In the video below Jarvis explains the thinking behind Huddersfield’s ticketing model and how to make attending football affordable.