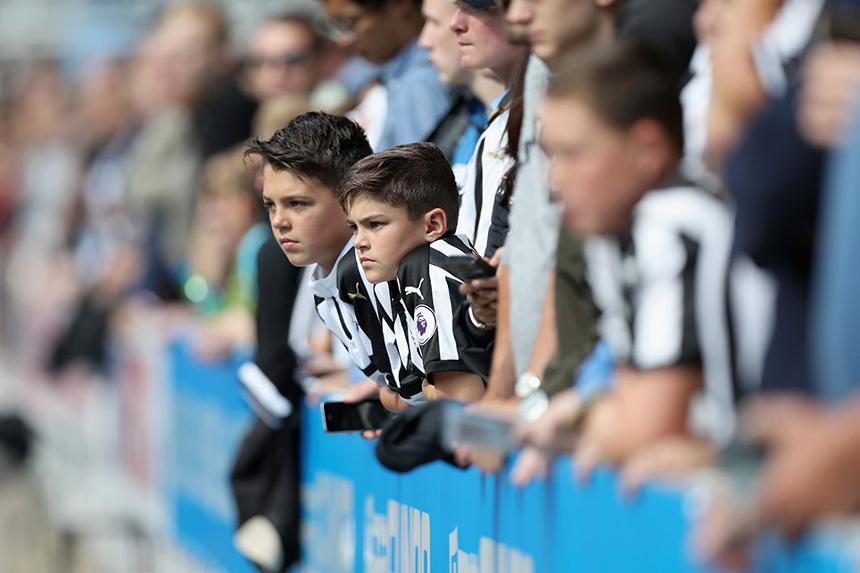 The loyal and passionate support of fans, following their teams across the country come rain or shine, is hugely appreciated by the clubs, their managers and players, and by the Premier League.

It is why the League takes great pride in its clubs enjoying record levels of occupancy at stadiums, which were on average 96.5% full last season.

It is achieved by the clubs delivering value to the fans at their grounds, and research has shown that more than half of Premier League tickets sold this season will cost £30 or less.

This can be revealed after the most comprehensive analysis available of the real cost of attending Premier League football, compiling data provided directly by the clubs.

This analysis, conducted along with EY, included the price of every ticket already sold or available this season.

As well as the results showing that 54% of all tickets sold this season will cost £30 or less, the research also found that the average ticket price across the League is £32.

To ensure that loyal fans are rewarded and stadiums are well attended, one third of the half a million Premier League season tickets sold by clubs are sold below their full prices.

Indeed, fans with season tickets will have saved a total of £10million across the season through such discounts offered by clubs.

The importance of away fans has also been recognised by clubs with the £30 cap on away ticket prices, which came into being in 2016/17, in place for this season and next.

Indeed, this season the average away ticket price will be under the cap, at £26, with a third of away tickets sold below £30.

"This research shows the excellent value clubs are offering across the League and the impressive commitment of their fans," said Premier League Executive Chairman, Richard Scudamore. "I hope it will challenge commonly held perceptions about the cost of attending Premier League football, and encourage even more people to consider going to a match."

This research – the second of its kind following last season’s inaugural study – includes all parts of Premier League stadiums, except hospitality areas, and includes all ticket types sold or made available by Premier League clubs in the 2017/18 season, including junior, adult, senior and disabled.

All matchday tickets include booking fees or admin charges.

The data was provided by Premier League clubs and then analysed by professional services company EY (Ernst & Young) and the Premier League.