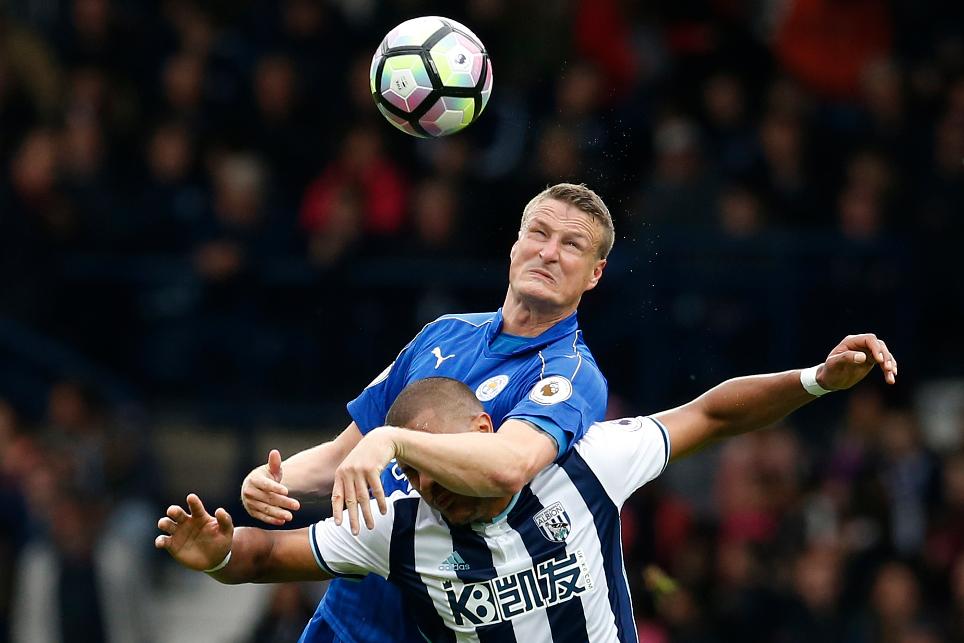 As managers favour Arsenal and Saints defenders The Scout sees promise in the 2.1%-owned Leicester differential

Huth has registered two goals and an assist in his last eight Gameweek starts, while Craig Shakespeare’s Foxes have kept clean sheets in three of their previous six matches.

It is the goal threat of the 2.1%-owned Huth that makes him stand out.

Over the season, Hull City’s Harry Maguire (£4.4m) is the only FPL defender who can match Huth’s tally of 23 shots in the box.

He also ranks first among Leicester City players for clearances, blocks and interceptions (CBI) with 294, although, somewhat surprisingly, he has managed to accrue a single bonus point.

The Foxes’ promising home fixtures against Watford this weekend and AFC Bournemouth on the final weekend only strengthen the case for Huth.

The Hornets have only managed to keep two clean sheets in their 16 away trips, have conceded the most goals from crosses (22) and have shipped 11 goals from corners – second only to Hull City.

Watford have also failed to score in each of their last four away trips, boosting the prospects of another Foxes shutout.

Huth will also benefit from two matches in Gameweek 37, away to Manchester City and at home to Tottenham Hotspur.

Both may be unlikely to offer defensive returns but Huth’s menace at set-pieces will remain a factor. He scored a brace at the Etihad Stadium in last season’s 3-1 victory.

Only 4,000 managers have transferred the German in since Saturday’s FPL deadline, with Southampton and Arsenal defenders proving far more popular acquisitions ahead of their two Gameweek 36 fixtures.

But Huth is an assured starter and his presence in the opposition box is the key factor that could help him emerge as an end-of-season bargain.