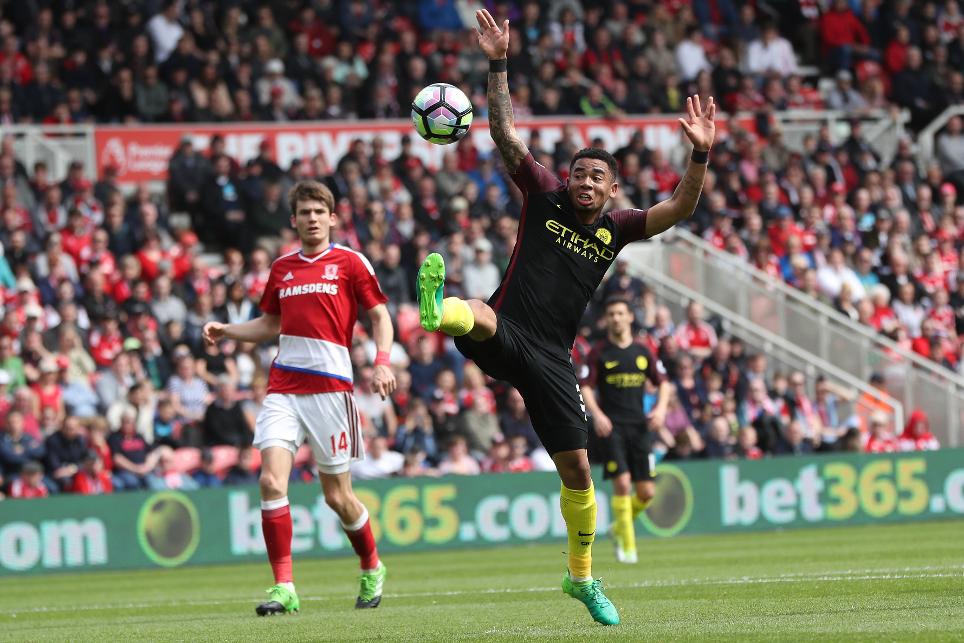 Kompany, Aguero and Yaya up for Etihad vote External Link

Returning to the Manchester City line-up and back in the goals, Gabriel Jesus (£8.7m) is proving an irresistible option for Fantasy Premier League managers ahead of a promising season run-in.

Jesus registered four goals and an assist over four Gameweek starts after bursting onto the Premier League stage in January, picking up six bonus points in the process.

But a foot injury suffered against AFC Bournemouth in Gameweek 25 derailed that initial surge of interest.

Now back to full fitness, Jesus, whose ownership remains at a mere 3.4%, looks primed for a strong finish to the campaign.

He was back on Pep Guardiola’s teamsheet at Middlesbrough on Sunday, completing 90 minutes and scoring an equaliser in the 2-2 draw.

Sergio Aguero (£12.8m) partnered Jesus in attack at the Riverside Stadium. But the Argentina forward suffered a groin injury late on, casting doubt over his pitch-time over the remaining four fixtures.

That has served to strengthen Jesus as an FPL prospect, who could be poised to lead the Man City attack for their final four fixtures.

Assessing his underlying statistics against those of Aguero, it becomes clear why the Brazilian is held in such esteem by his manager and potential FPL suitors.

The 20-year-old’s movement and predatory instincts have led to him having seven "big chances" – one every 46.7 minutes. Again, this compares strongly with Aguero, who has been granted a "big chance" every 96.9 minutes.

Man City are now treated to three successive home matches as they look to claim a top-four finish and ensure UEFA Champions League football for next season.

They entertain Crystal Palace on Saturday, before hosting Leicester City and West Bromwich Albion in Gameweek 37.

A trip to Watford on the final weekend gives Man City four remaining opponents who all score two in the Fixture Difficulty Rankings (FDR).

All you need to know about our final four opponents. #mcfc https://t.co/NBbNnbDCOA

With fitness doubts surrounding Aguero and a £4.1m gap in price, Jesus appears to be a standout option for the season run-in.

Brought in by more than 87,000 FPL managers already ahead of Gameweek 36, that trend will surely continue as form and fixtures align.