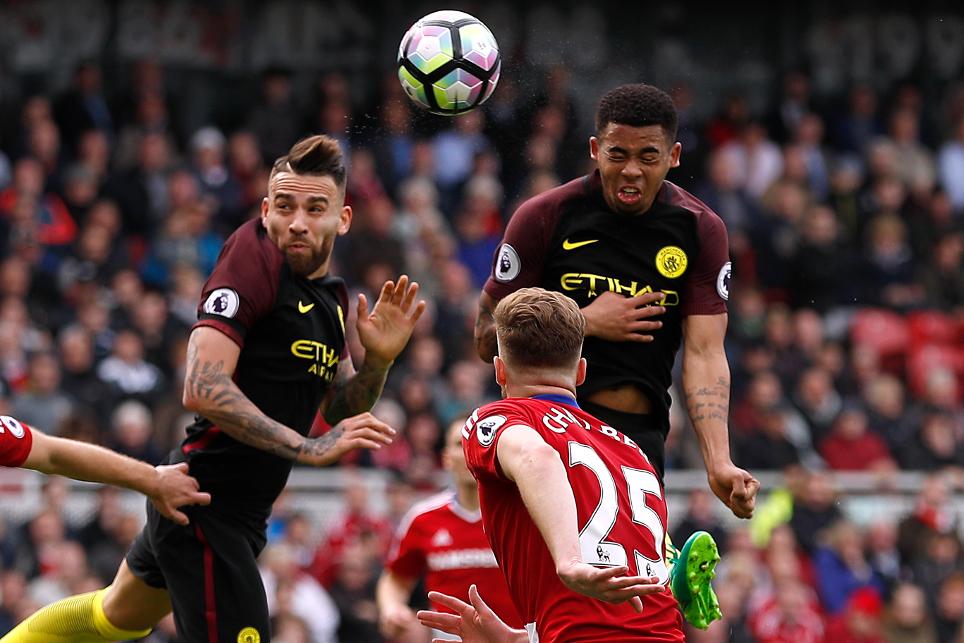 Calum Chambers: We Gave It All Against Man City External Link

Scoring 49 in the Bonus Points System (BPS), the Man City striker supplied a goal and assist as well as completing 89% of 37 attempted passes, three of which led to scoring chances.

Alvaro Negredo (£6.2m) tallied 40 in the BPS to collect two bonus points. The Middlesbrough striker opened the scoring and assisted the hosts’ second goal with his only key pass of Sunday’s encounter.

City weren't at their best at the Riverside but @aguerosergiokun had a commanding game.

The versatile Boro defender made 16 clearances, blocks and interceptions (CBI) and four recoveries in addition to making it 2-1.

With one fixture remaining in the Gameweek, Aguero is the top-ranked player in the ICT Index with a score of 17.2.

Partnered by Jesus for the first time this season, Aguero’s goal and assist earned a 12-point FPL return, his first double-digit haul since Gameweek 12.

Jesus matched Aguero’s five shots on goal and registered all his efforts from inside the penalty area, joint-top for the Gameweek.

One electrifying start to life in the @premierleague! pic.twitter.com/L6foyf2L5B

The most-captained player in Gameweek 35, Aguero’s fitness is set to be monitored after he limped off towards the end of Sunday’s draw.

As a result, Jesus is the top transfer target since the weekend, with more than 42,000 FPL managers acquiring him

Back on the teamsheet for the first time since Gameweek 25, the Brazilian has netted four times in as many Gameweek starts.

City entertain Crystal Palace next and also boast a pair of Gameweek 37 home encounters against Leicester City and West Bromwich Albion, before travelling to Watford on the final day of the season.

Leroy Sane (£7.6m) was omitted from the starting XI for the first time in 13 Gameweeks, but emerged from the bench early in the second half to earn an assist for Aguero’s penalty.

With four goals and three assists over that run, the winger is among the top five midfielders for transfers-in ahead of Gameweek 36.

For Middlesbrough, Negredo’s 11-point return was too little, too late for many FPL managers.

Having failed to find the net in both of his Double Gameweek 34 matches, Negredo was sold by 149,000, more than any other player prior to the weekend.

A further 6,000 have moved him on since Sunday’s haul, with the Teessiders set to visit Chelsea at Stamford Bridge in Gameweek 36.