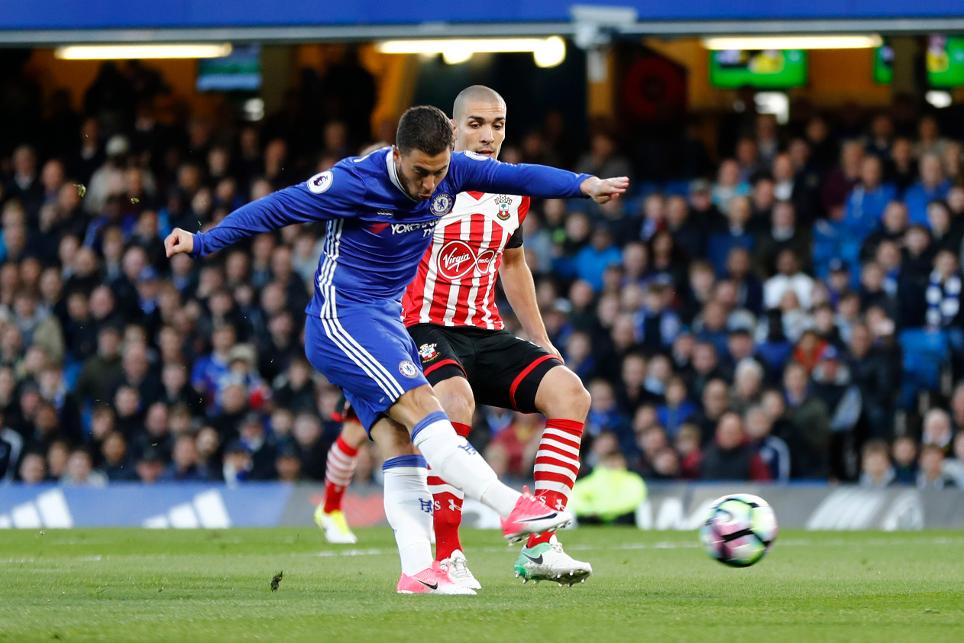 Chelsea, Arsenal and Southampton players lead The Scout's attacking targets for managers yet to use their second chip

A string of recent double-figure returns, plus the promise of an extra upcoming fixture, makes Eden Hazard (£10.4m) a major attraction for any Fantasy Premier League manager with their Wildcard in reserve.

With just over 1.7 million of those chips played, we are set to witness a flood of transfer activity in the remaining four Gameweeks as FPL managers embark on a late rebuilding programme.

The Double Gameweeks will be a major influence on the decisions made. Southampton and Arsenal are both scheduled to play six matches, while another 10 teams offer five remaining fixtures.

Having already discussed our selection of key targets of a Wildcard defence, we turn our attentions to those who can be charged with providing the big points from midfield and attack.

A single goal from four Gameweek starts is hardly form befitting a player with such a hefty price tag but, with the potential for six more appearances, it is almost impossible to ignore the Chilean. Arsene Wenger’s tactical shift to a 3-4-2-1 has reaped goals in successive matches for Sanchez and he will be the main contender for the captaincy in Gameweeks 36 and 37.

Hazard has comfortably outscored Sanchez in recent Gameweeks, providing three double-figure returns from his last six starts averaging 8.3 points a match over that run, ensuring that he is a key target. If the title race goes to the wire, the Belgian would seem assured of five appearances over the final four Gameweeks, increasing the likelihood of further hauls.

To be able to afford the likes of Hazard and Sanchez, King will be invaluable as a cut-price option. While the Cherries are without a Double Gameweek, their remaining four encounters look promising, scoring a total of eight in the Fixture Difficulty Rankings (FDR). King's run of starts since Gameweek 22 has produced 11 goals, five more than any other FPL midfielder.

👑 King's #FPL price is on the ⬆️ pic.twitter.com/LifzHOlYeT

With Arsenal potentially rotating their attacking options, the Saints striker appears to be the only route to acquiring an FPL forward with the potential for six appearances. Gabbiadini produced four goals from his first three Gameweek starts and no other FPL forward fired more shots (16) over that three-match spell. If the Italian can recapture that spark, he will be a shoo-in for the season climax.

Gabbiadini’s price-tag could save us funds to invest in the explosive Spurs striker. Despite missing eight Gameweeks through two separate injury absences, Kane has produced 6.9 FPL points per match, ranking top for any regular starter across all four positions.