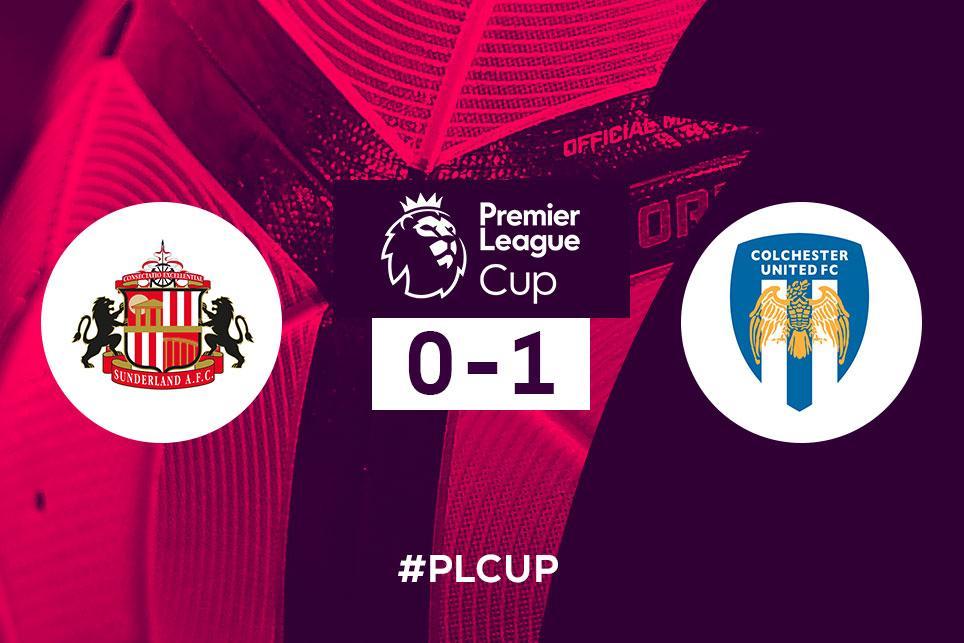 Colchester United were indebted to their goalkeeper Dean Brill as they pulled off a shock by knocking Sunderland out of the Premier League Cup.

With the Black Cats' first-team manager David Moyes watching from the stands at Eppleton CW, Sunderland were hopeful of reaching the last eight but were undone after just nine minutes when Eoin McKeown scored for the from close range following a goalmouth scramble.

Chances came and went for the Black Cats, with Joel Asoro and Elliot Embleton going close and Brill excelling between the posts, and the visiting goalkeeper saved his best until last to produc a dramatic late save to thwart Josh Maja from the penalty spot.

The same striker was then denied by the offside flag a minute later as Colchester held firm to advance to the last eight.

Sunderland are next in action on 31 March when they take on Norwich City at Carrow Road in the semi-finals of the Premier League International Cup.