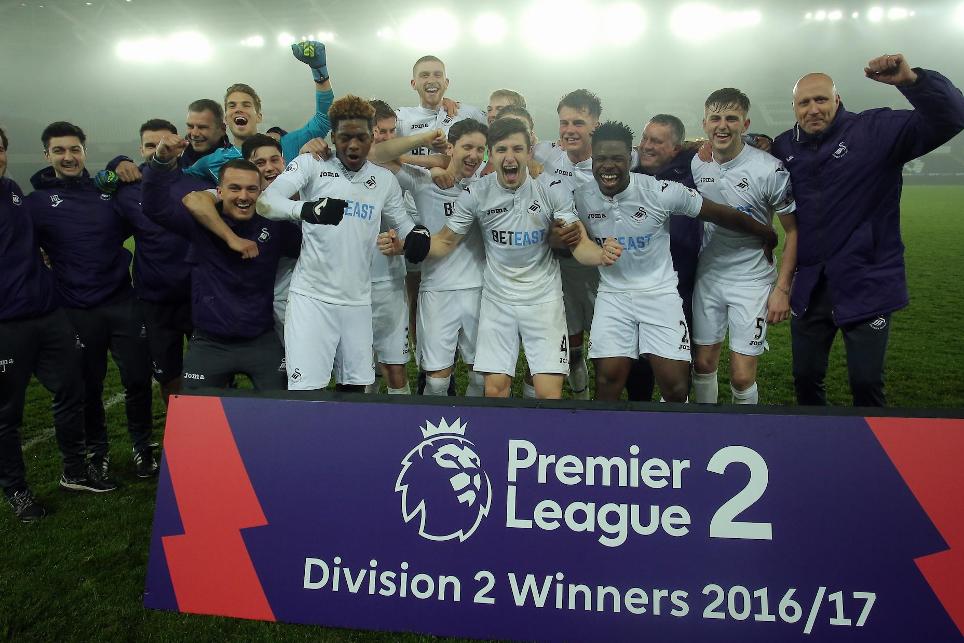 George Byers' equaliser in a 2-2 draw with Wolverhampton Wanderers earned Swansea City the point they needed to secure the Division 2 title and promotion to Division 1.

The third-placed visitors threatened to spoil the party at the Liberty Stadium when Daniel Armstrong gave them a 25th-minute lead, but Oli McBurnie equalised on the stroke of half-time with a superb volley.

Duckens Nazon restored Wolves' lead immediately after the interval but McBurnie set up Byers to level again. The visitors had Connor Levingston sent off late on as the Swans held on.

Pick that out! Another stunner from @oli_mcburnie last night. 👏

Wolves were the only team who could have caught Swansea but the point keeps them third, two points behind second-placed Fulham with a match in hand.

Before that, Swansea face Porto in the semi-final of the Premier League International Cup at the Liberty Stadium on Saturday 25 March.