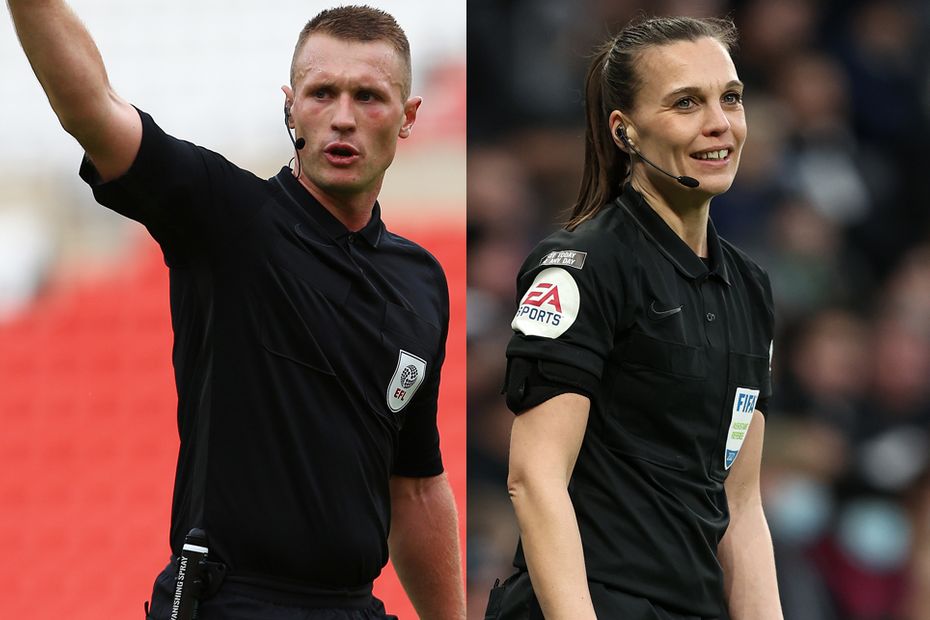 PGMOL confirms four new faces for the start of the season

Ahead of the 2022/23 Premier League season starting on 5 August, here are some features you will see for the first time.

Four new officials will operate in this season's Premier League after they were promoted by Professional Game Match Officials Limited (PGMOL).

The 32-year-old (pictured, above left) is the fifth referee to be promoted to the Premier League in the past two seasons.

Aspinall (pictured, above right) arrives at the highest level of English football, boasting extensive experience both domestically and internationally, including at a women's World Cup.

Greenhalgh has over 300 EFL matches to his name as an assistant referee since joining the list in 2008/09.

He joined the EFL list prior to the 2012/13 campaign and has great experience with 250+ matches in their three divisions.

👏🏻 Natalie Aspinall, Nick Greenhalgh and Steve Meredith will be joining Tom in the Premier League for the new campaign, following their promotions as assistant referees. pic.twitter.com/0kPA3KnzLh

Mike Dean, Jonathan Moss and Martin Atkinson retired from refereeing at the end of 2021/22.

Dean will join Lee Mason as a dedicated VAR (video assistant referee), while Kevin Friend becomes manager of the Select Group 2 officials, working in the EFL.

Moss has become manager of the Select Group 1 officials, while Atkinson will be the referee coach for this group.