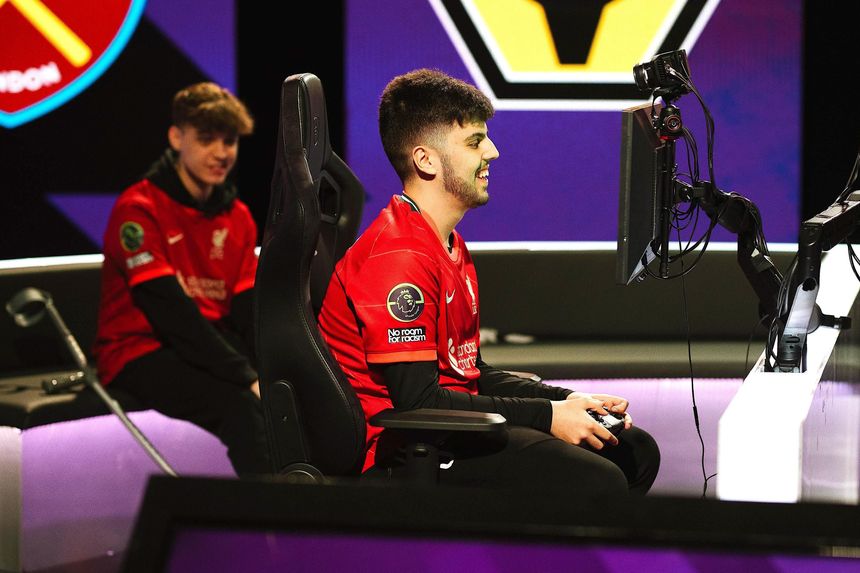 Liverpool look the team to beat in the ePremier League Grand Finals after the 2018/19 champion Tekkz led them to a perfect record in the group stage.

The Reds won all four of their matches, the only team to do so, with Tekkz and Diogo finishing a flawless day with a 7-0 aggregate win over defending ePL champions Manchester City, who crashed out as the only side without a single point.

Liverpool end the day as they started it, posting win No.4 to top Group B...

The pair's reward for their success in Group B is a quarter-final tie against Group C runners-up Crystal Palace.

Last season’s ePL runner-up Ollelito did the lion’s share of the work to send Leeds United into the knockout stages as Group C winners.

He beat Wolverhampton Wanderers’ Joey 4-0 on Xbox, taking the pressure off his team-mate MHaywxrd, who won 2-0 in the second leg on Playstation 5 in Saturday's final round of group-stage matches.

That took Leeds above Crystal Palace on goal difference, with nine points each, while Southampton finished just short with seven points after drawing 4-4 with Manchester United in their final match.

Everton secured the runner-up spot in Group B as their pursuers Burnley lost their match in hand, suffering a 4-1 defeat against Leicester City, with Painter winning the first leg 3-1 for the Foxes.

SamBrwster won the first leg 3-0 for the Bees and, although Chelsea’s Stingrayjnr battled back and took the second leg 3-1, czohino’s solitary strike in that match secured a 4-3 aggregate victory.

A finish fit for a 'King', slotted by Brentford 👏👏👏#ePremierLeague | @EASPORTSFIFA pic.twitter.com/AEN7u5ShCU

Brighton & Hove Albion finished an unbeaten campaign with a win, beating Arsenal 5-3 after three straight draws, but they were already out of contention.

Group D winners Norwich City finished on a high with a resounding 11-4 victory over Watford as damie triumphed 6-2 and GoalPoacher_ nearly matched that result with a 5-2 win.

Newcastle United  and Tottenham Hotspur, both already eliminated, finished up with an entertaining 4-4 draw.

*click on the clubs to see their players' profiles

Round 3 review: Brentford make it two wins from two