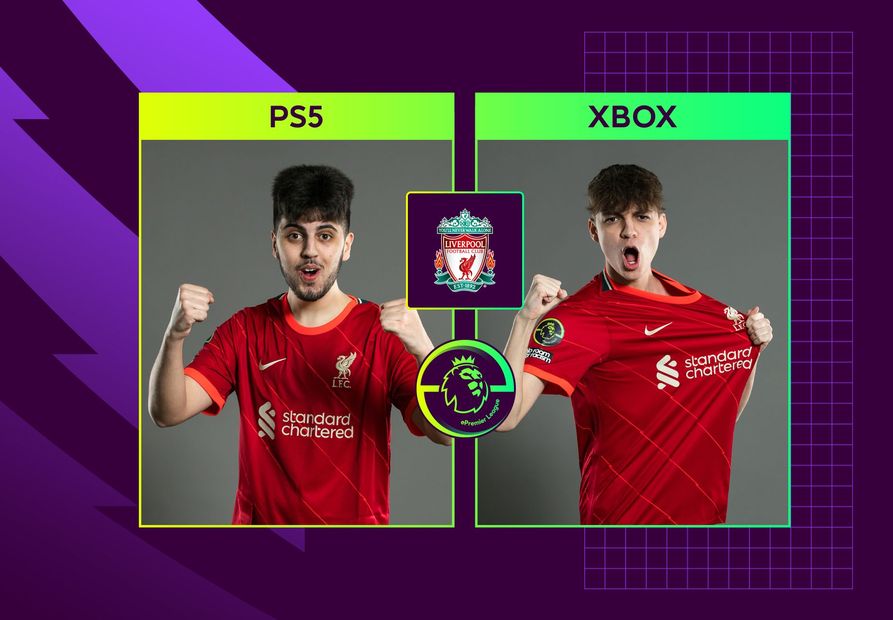 NAME: Diogo Mendes
GAMER TAG: Diogo
SOCIAL HANDLE: @DiogoMendess7
CONSOLE: PS5
PLAYER PROFILE: From Norwich, the Portuguese 19-year-old has been gaming competitively for two years and reached the Xbox final in 2019.
Diogo hopes that the extra practice he has been putting in will help him claim his first ePL trophy.

Why should people be excited for the ePL?
Tekkz and I are playing for Liverpool and we're going to put on a show and win it all.

What would it mean to you to win the ePL?
It'd mean everything to me - it'd be my way of showing everyone just how good I really am.

What formation and style of play do you adopt in-game usually?
I play a very attacking 4-1-2-1-2 (narrow) in-game. Tactics-wise, I keep everything balanced.

Who is the most underrated Premier League item in FUT 22?
90 TOTY Honourable Mentions Antonio Rudiger.

NAME: Donavan Hunt
GAMER TAG: Tekkz
SOCIAL HANDLE: @dhtekkz
CONSOLE: Xbox
PLAYER PROFILE: The inaugural ePL champion will be hoping to go one better than in last year's competition. Born in Dawlish, Devon, Liverpool fan Donavan won his first tournament while in education and has played professionally ever since. He will represent the Reds for a fourth time.

Why should people be excited for the ePL?
For all the great games and last-minute winners!

What would it mean to you to win the ePL?
It would mean so much to win it again. Last time I won, Liverpool won the Premier League the year after so hopefully we can repeat that again.

What formation and style of play do you adopt in-game usually?
4-2-2-2. I'm very balanced and I love to play intricate passes.

Who is the most underrated Premier League item in FUT 22?
94 Team Of The Year Joao Cancelo.