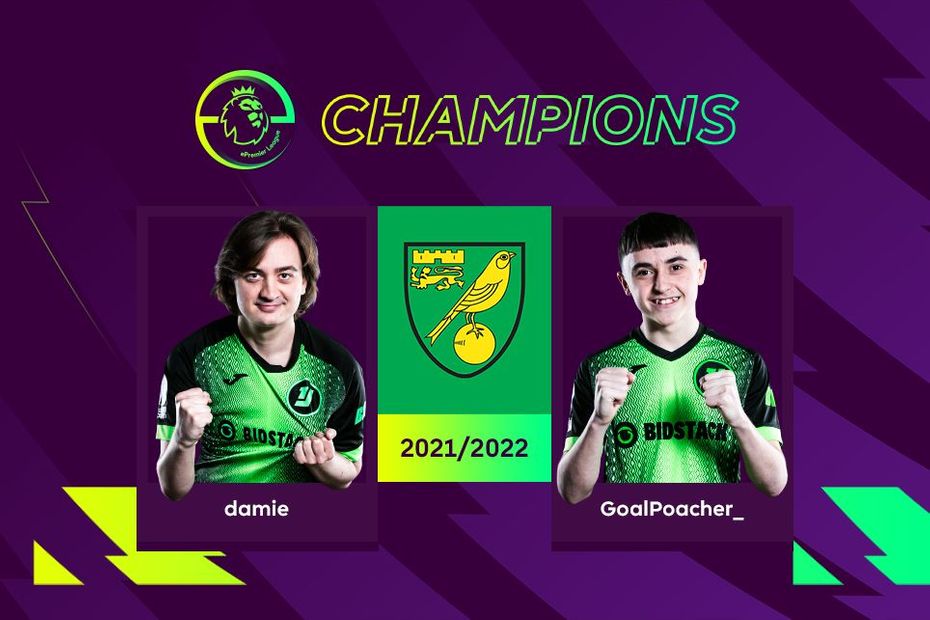 Damie: ePL is by far my biggest tournament win
The moment Norwich won the ePL title

Norwich City are winners of the #ePremierLeague! External Link

Norwich City are the 2021/22 ePremier League champions after a resounding 5-1 aggregate win over tournament debutants Brentford.

It was a dream start on Xbox for Norwich's Damian Augustyniak, who took the lead on 16 minutes through Cristiano Ronaldo's strike into the top corner.

Augustyniak then capitalised on a defensive error by SamBrwster to make it 2-0 as Ronaldo scored his second goal.

SamBrwster pulled a goal back for Brentford on the stroke of half-time with Ronaldo again the goalscorer.

But Augustyniak’s unorthodox 3-5-2 formation continued to pose problems and he restored Norwich’s two-goal advantage with 15 minutes remaining as Marcus Rashford slotted in.

The second leg on PS5 continued Norwich's dominance, with GoalPoacher_ making it 4-1 on aggregate thanks to Jadon Sancho’s powerful finish.

Czohino went close to pulling a goal back for Brentford, but Allan Saint-Maximin's shot was saved.

GoalPoacher_ put the icing on the cake in stoppage time as Ronaldo went through on goal and slotted in to make it 5-1 on aggregate.

Norwich end the tournament without losing a match and having scored a remarkable 36 goals across their seven matches.