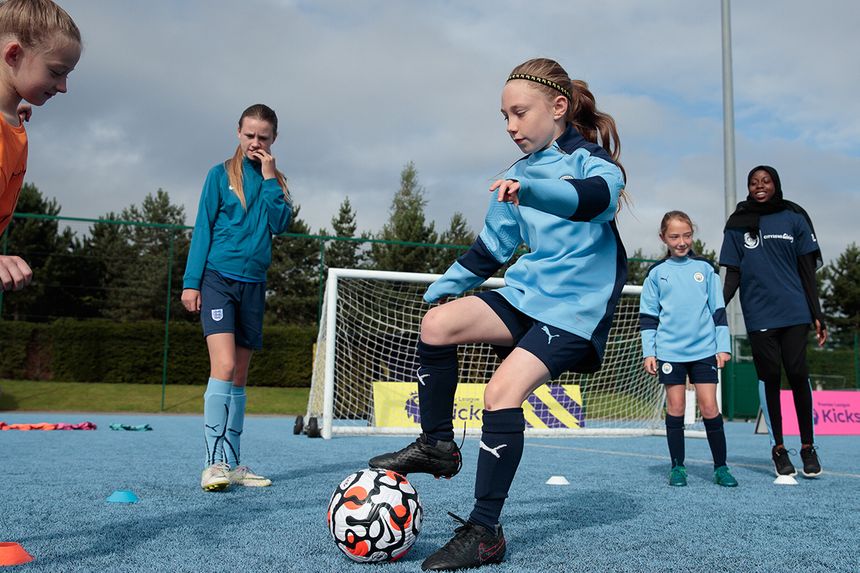 The success of the Premier League is shared throughout the English football pyramid and the entire nation, as the revenue it generates is invested in the game at all levels and in communities the length and breadth of England and Wales.

The EY report into the social and economic impact of the Premier League highlights that in 2019/20 the League redistributed 15 per cent of its income in solidarity and parachute payments to 138 EFL and National League clubs, as well as to wider grassroots and community football.

"The funding the Premier League provides to the wider game is world-leading in its scale when compared to other leagues and sports," says the report.

This 15 per cent share has been distributed outside the Premier League for a number of years and forms a significant part of funding for clubs in the lower leagues as well as for the 66 clubs in the National League below the EFL.

For clubs such as Bolton Wanderers of League One, which will receive £4.55m of funding from the Premier League between 2019-22 such revenue is crucial.

And not included in that sum is the additional funding of £20m that the Premier League committed to last autumn for the 48 clubs in Leagues One and Two in 2021/22, as part of the additional £100m it will invest in wider football and communities between 2021-2025.

Sharon Brittan became chairman of Bolton in August 2019 after the club had been in administration with an aim to make it financially sustainable "so that our supporters and the community of Bolton would have a club with an exciting future ahead".

"The impact of the COVID-19 pandemic adversely affected the income streams for many clubs, particularly in League One and League Two," Brittan said recently. "Therefore, this extra funding from the Premier League will help many of the EFL clubs and, as a consequence, benefit the communities they represent."

The annual funding ringfenced for clubs in the EFL and in non-league football allows them to deliver community programmes that benefit some of the people most in need in their local areas.

In total, the Premier League supports 150 top-flight, EFL and National League clubs to deliver community projects. These engage more than half a million young people every year.

"Premier League Kicks is one of the most established programmes of its type, using the power of clubs to engage young people aged 8-18 in physical activity over the last 15 years, particularly targeting high-need areas," the report says.

Between 2019-22, PL Kicks sessions delivered by a total of 90 clubs will engage with more than 175,000 young people at over 700 venues, predominantly in the top 30 per cent most-deprived communities.

"Working alongside the police and other local authorities, the programme also helps to reduce anti-social behaviour and boost safety within communities across the country," Tim Godwin, Chair of the Premier League Charitable Fund and a former Deputy Commissioner for the Metropolitan Police, tells the report.

Premier League Primary Stars is delivered by over 100 clubs in 18,400+ primary schools across England and Wales, inspiring more than 1million children to learn, be active and develop important life skills.

"In 2019/20, the annual teacher survey highlighted the success of the programme in local primary schools, with 95 per cent of surveyed teachers citing improved participation and personal skills by their pupils," says the report.

It helps clubs throughout England and Wales make a difference to their local communities, according to Catherine Bishop, the CEO of the Hull City Tigers Trust, the charitable arm of Hull City that will have received £1.7m from the Premier League between 2019-22 for community work.

"Without the funding and support from the Premier League we simply would not be able to offer our services to the 30,000 people a year we currently do across Hull and East Yorkshire," Bishop said.

For clubs in the EFL and below, this funding has been secured for a further three years as a result of the UK Government's confirmation of the three-year renewal of the domestic broadcast agreements through to 2025, with a commitment to greater funding also made.

"The renewals help provide certainty to clubs throughout professional football with current levels of financial support of around £1.5billion set to be continued over another three-year period," says the report.

"The renewals also saw a commitment to increase funding to 2025, with a further £100m to be invested in five areas: the National League system; developing the women’s and girls’ game; enhancing community football facilities; supporting EFL clubs; and projects that help the wider game."

This commitment was praised by Sports Minister Nigel Huddleston.

"From investing in grassroots clubs and new pitches, to running school programmes and local projects that bring communities together, the Premier League is playing a major role in channelling our passion for the national game into valuable community projects," Huddleston said.

"We have been clear that we want every person, no matter what their background or where they’re from, to have the chance to rise to the top of whatever they want to achieve.

"The Premier League's dedicated work in opening access to facilities that encourage the positive benefits of physical activity, and routes into education, training and employment firmly support the Government's levelling-up agenda."