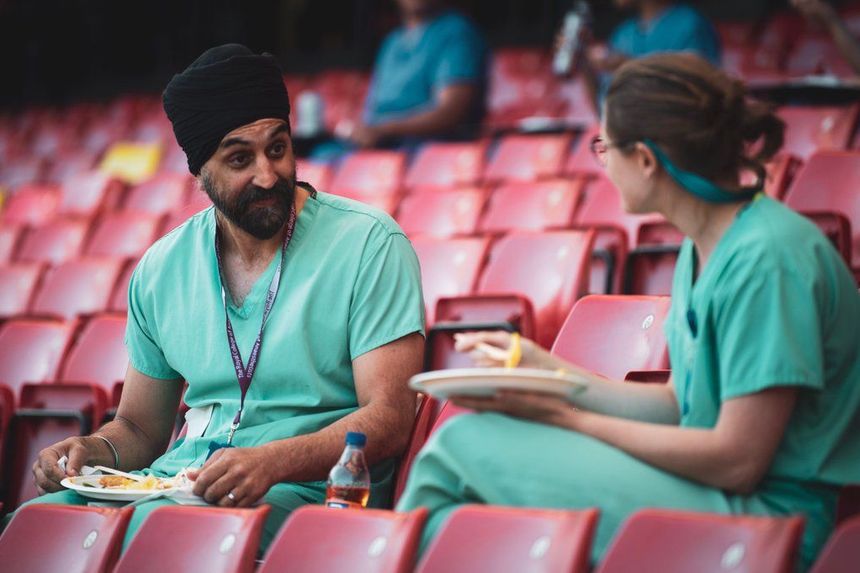 EY's look at the economic and social impact of the Premier League encompasses a 2019/20 season like no other as the COVID-19 pandemic took hold of the United Kingdom.

But the pandemic also demonstrated the important role that the Premier League has within the football pyramid and wider society, as it looked to help clubs throughout the country as they stepped up to support those affected in their communities.

The Premier League was suspended in March 2020 because of coronavirus and when it did return it was to empty stadiums as matches were played behind closed doors.

"The disruption of fixtures and the absence of fans threatened the sustainability of the League and the impacts it generates," says the EY report.

"In response to the pandemic, the League made advanced funds of £125million available to the football pyramid and underwrote a financial package to the EFL, including a commitment that no EFL club would go out of business as a result of the pandemic in the 2020/21 season.

"A £250million COVID-relief package was agreed with the EFL in November 2020, which saw £50million made available in grant and monitored grant payments for League One and Two clubs as well as securing an interest-free loan facility of up to £200million that Championship clubs were able to utilise."

Further down the pyramid, the Premier League helped clubs with their finances while they were unable to play and then helped them fund the measures required to allow the return of fans during the pandemic, through the Matchday Support Fund.

"The Matchday Support Fund was solely funded by the Premier League, through the Football Stadia Improvement Fund, and provided £5.5million in grants to more than 1,000 non-league, women’s and Welsh clubs across 65 leagues to help make their stadiums and facilities COVID-safe," the report cites.

During the early stages of the pandemic Premier League clubs and their Club Community Organisations (CCOs) quickly re-focused resources to help communities tackle the challenges presented by COVID-19.

"Outside of project delivery, over 5,000 additional activities have been delivered, including foodbank and mental health support," the report says.

In total more than 100,000 phone calls were made by clubs to fans to support them during the first year of the pandemic. Many clubs' players joined in getting in touch with people who were isolated, giving them a nice surprise.

"Every day, between 25 and 30 women attended appointments at the stadium as staff from the nearby Sandwell and West Birmingham NHS Trust offered their expertise in a safe and welcoming environment."

The report found that "by March 2021, one year on from the start of the pandemic, the League had funded more than 5,000 activities, while clubs had made in excess of 100,000 supportive calls to vulnerable fans and delivered over 1.5million meals to their communities".

"The pandemic has helped pull the role of football within communities across the country into sharper focus than ever before, and as our report shows, it is important to recognise this social contribution alongside the economic impact of the Premier League and its clubs," EY UK Chief Economist Peter Arnold says.