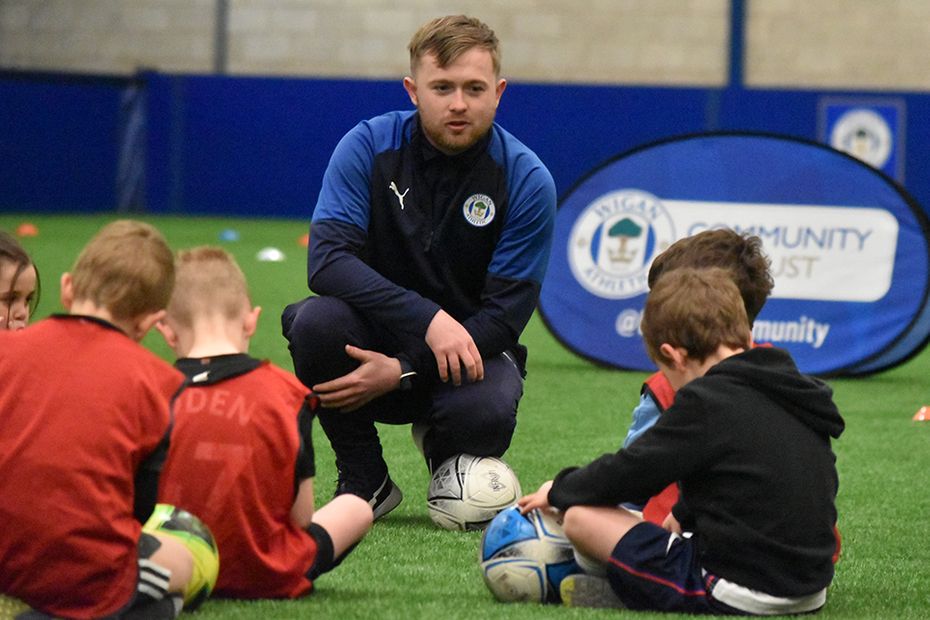 For clubs in the EFL, the support of the local community is as vital as the help they can give in return, especially over the past 18 months of the pandemic.

Did you know that a large part of the work that the EFL clubs do in their local communities is backed by the Premier League?

In the three seasons to 2021/22, the 72 clubs in the Championship, League One and League Two will have received £46.6million from the Premier League to fund their good cause work in the community.

The funds are distributed via the Premier League Charitable Fund (PLCF) and enable the EFL clubs to run a range of innovative programmes including Premier League Primary Stars, Premier League Inspires and Premier League Kicks using the power of football to engage with local children from six through to teenage years.

Catherine Bishop is the CEO of the Hull City Tigers Trust, the charitable arm of the Championship club, which will have received £1.7million from the Premier League between 2019-22 for community work.

"Without the funding and support from the Premier League we simply would not be able to offer our services to the 30,000 people a year we currently do across Hull and East Yorkshire," Bishop says.

"I have seen first-hand the amount of resource which flows from the Premier League through the PLCF and makes such a difference across our local communities.

A recent assessment indicated the Trust created an estimated social value of more than £20m between September 2020 and August 2021.

The money from the Premier League also helps EFL clubs' charitable arms in raising further funds from other sources, as Tom Flower, from the Wigan Athletic Community Trust, explains.

"The Premier League has been the Trust's single largest funder for over 10 years," says Flower, head of the League One club's charitable arm.

"The support enables us to improve the health and enhance the life chances of thousands of young people a year through sporting, educational and training opportunities as well as provide mentoring support to some of the most vulnerable and at-risk young people in Wigan.

"It also enables us to access other match funding from local partners such as Wigan Council, meaning we can use national investment to tackle local priorities."

This is much appreciated by Wigan Council, whose leader, Cllr David Molyneux calls the role played by the trust across the borough as "invaluable".

The investment also helps the club's local industry through employment, too.

"Premier League funding has provided us with the basis and credibility to expand our charity so that we now employ over 60 people a year - many of whom have made the transfer from participant to volunteer to staff members through our training schemes," says Flower.