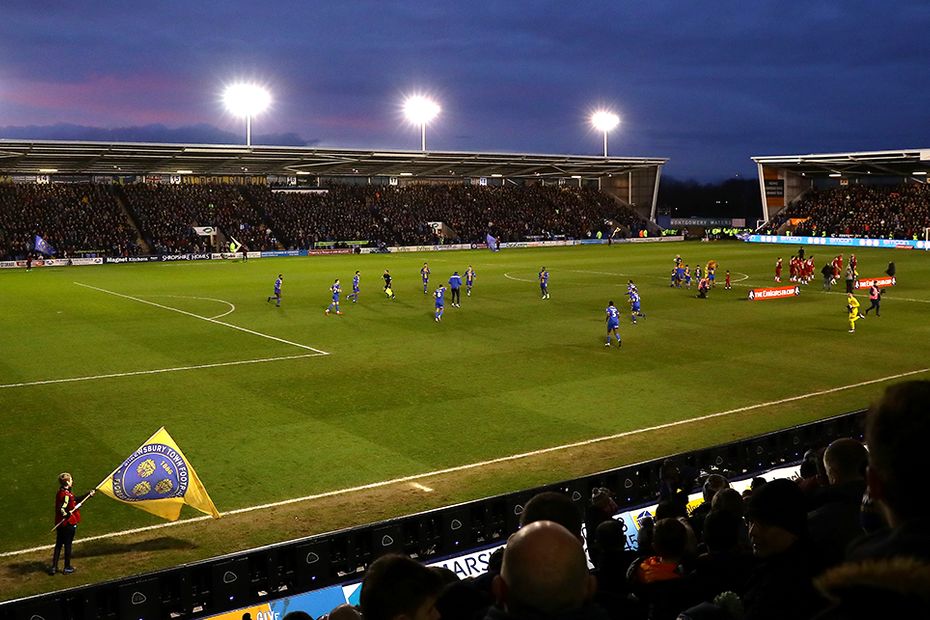 How PL funding has improved facilities at the likes of Shrewsbury, Dagenham & Redbridge and Scarborough Athletic

As well as funding community programmes run by clubs in the EFL and in non-league, the EY report notes that the Premier League also plays an important role providing investment in new pitches and facilities across England that has an impact at all levels of the football pyramid as well as at grassroots level.

Through the Football Foundation since 2000, the Premier League has contributed £384million towards public football facilities at grassroots levels as well.

This, along with other partner contributions from The FA and the Government (via Sport England), "has leveraged an additional £1billion in partnership funding, totalling over £1.8bn investment in grassroots football so far," the report finds.

One such example is Shrewsbury Town, whose nomadic status after their old stadium had flooded was ended with a new stadium in the heart of the town that was built with money from the Football Foundation.

This will not only boost the League One club, but the whole town will benefit as they can now use the artificial pitch for a variety of programmes as well as hosting grassroots, disability and women’s teams.

These funds are in addition to the £3.76m in funding it will receive from the Premier League between 2019-22.

The Premier League is the sole funder of the Football Stadia Improvement Fund (FSIF), which provides support to stadium improvement projects from the EFL to lower levels of the FA National League System, along with women’s pyramid clubs.

"This funding has included the installation of new stands, floodlights, turnstiles, provision for disabled supporters and safety improvements," the report says. "Since 2000, the FSIF has provided over 5,000 grants to clubs across 109 leagues."

One club that the report shows has been helped by Premier League funding is Dagenham & Redbridge (pictured below) of the National League, where between 2019-22 it received more than £770,000 from the Premier League in solidarity and FSIF funding.

This has let them install a state-of-the-art pitch to go with the stand that was built with FSIF money in 2009.

Non-league Scarborough Athletic were able to move out of a ground-sharing scheme and return to its hometown in 2017 and a new stadium thanks to Premier League money via the FSIF.

"This is a great example of how the Premier League finances have underpinned what we are trying to do," said Trevor Bull, Scarborough Athletic FC chairman. "They've helped us get back to the town and contributed towards the stadium."