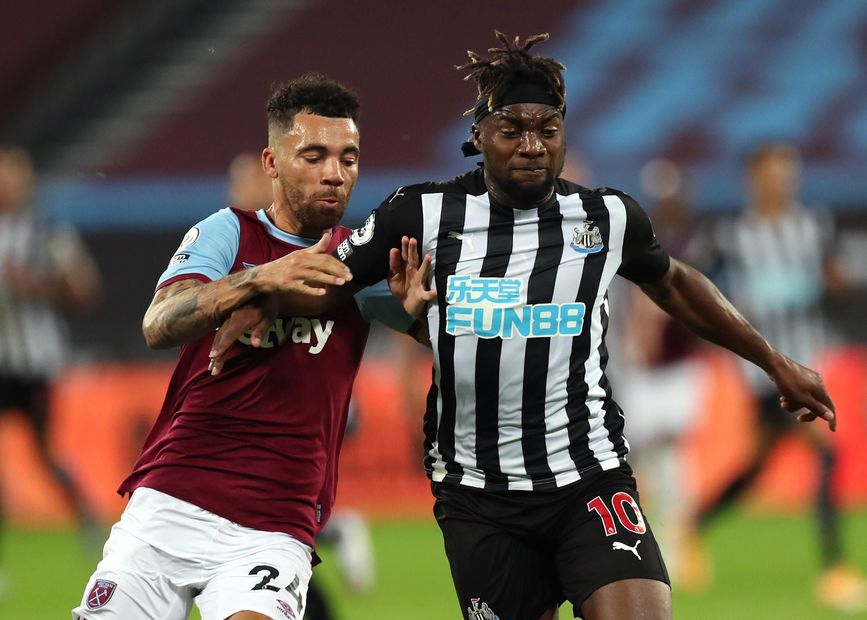 Saturday’s early kick-off could be an absolute cracker if Steve Bruce decides to use Allan Saint-Maximin from the start against in-form West Ham United.

In his two substitute appearances since returning from injury, against Tottenham Hotspur and Burnley, Newcastle United scored three times in the space of a combined 52 minutes.

Those strikes, which included a superb goal and assist from Saint-Maximin at Turf Moor, earned them four crucial points in their quest to stay up.

Newcastle's record when Saint-Maximin is available to play is significantly better than when he is not.

They score more than twice as many goals with him in the side, claiming a respectable 33.3 per cent win rate.

In the 24-year-old's absence they are far less of a counter-attacking threat.

In their 13 contests without him they have averaged only 0.62 goals per match, with their prospects of taking all three points more than halved.

Although he is a natural winger, Saint-Maximin has looked most threatening as a striker in 2020/21.

He may partner Callum Wilson in a 3-5-2 formation this weekend in what could become an incredibly exciting front two.

"They’re both available," Bruce told Newcastle's official website." You only have to look at statistics for the two of them to realise that when they're in the team, we're simply better."

Fourth-placed West Ham have conceded seven goals in their last three matches and will not relish facing a such a quick attack.

Saint-Maximin’s speed and dribbling ability can make defences back off. We saw this at Burnley when he created Jacob Murphy's goal before the Frenchman scored from a brilliant 50-yard solo run down the middle.

And when he last partnered Wilson in a 3-2 win at home to Southampton, Saint-Maximin created two goals with excellent runs in behind defenders down the left.

Saint-Maximin has also attempted more dribbles per 90 minutes than any other Premier League player this term.

In fact, Wolverhampton Wanderers' Adama Traore is the only player to average more successful take-ons per match than Saint-Maximin.

This is why he is such a key man for Newcastle, who often struggle to push opponents back when he is out of the side.

West Ham’s backline will also need to adjust their starting positions to handle his pace.

Saint-Maximin’s top speed of 34.2 kilometres per hour is quicker than that of all of David Moyes’ defensive players.

West Ham have been in excellent attacking form but in Saint-Maximin Newcastle have a star who can punish their defence and help the Magpies increase their six-point gap to the bottom three.

Part 1: Everton full-backs are the biggest threat to Spurs
Part 3: Andersen's passing accuracy can unpick Arsenal
Part 4: Why Meslier is among the league's best goalkeepers