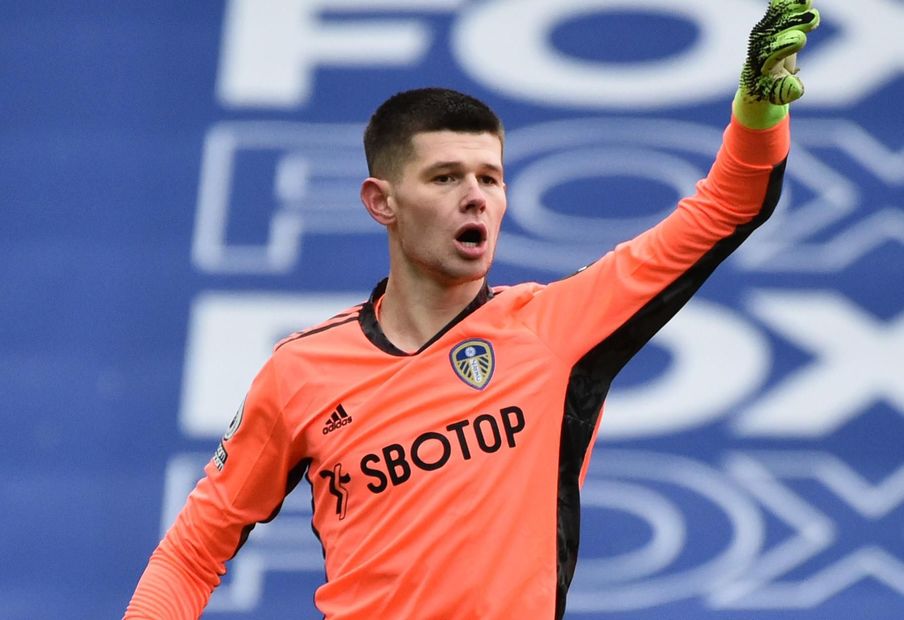 Illan Meslier: This time we have more experience External Link
Harte: Meslier is a special goalkeeper for Leeds

Leeds United goalkeeper Illan Meslier is one of the most exciting young Premier League talents to have blossomed during 2020/21.

The Frenchman only turned 21 in March but has started 30 of 31 league matches for Marcelo Bielsa’s side.

His progress is such that he boasts a superior save ratio to Alisson, his opposite number for Liverpool at Elland Road on Monday.

Meslier’s performances have matched Alisson, making twice as many saves as the Brazilian.

In addition to being an agile goalkeeper, Meslier’s domination of his penalty area has also improved a lot.

His confidence when coming out to clear balls helps Leeds to take the sting out of attacks.

Karl Darlow and Alphonse Areola are the only top-flight goalkeepers to have made more punches, and Meslier is also excellent at making high claims.

If Liverpool float crosses into the area, Meslier has the conviction to come off his line to attack the ball.

Leeds' positive style of play under Bielsa can leave their defence and goalkeeper exposed.

Meslier has had to make five or more saves in 11 of his 31 matches and he will expect another busy evening against a Liverpool team chasing a top-four place.

The France Under-21 international made eight saves in the 1-0 win at Everton this season, a tally he has matched twice, in a 6-2 defeat at Manchester United and in the goalless draw at home to Chelsea.

Meslier also made seven stops in a 3-1 defeat at Stamford Bridge and in a superb 3-1 success at Leicester City.

He has made errors but has also consistently produced top-quality saves.

His reaction speed is outstanding; he is especially adept at getting low to push shots around the posts.

In his first full senior campaign, Leeds' No 1 should feel proud that just three PL 'keepers boast a superior save percentage.

With enormous scope for development in his game, Meslier is among the best in the division.

To claim a first home win against a top-half side this season, Leeds will require a match-winning display from their goalkeeper, and Meslier is capable of delivering at Elland Road.

His future at the highest level looks bright.