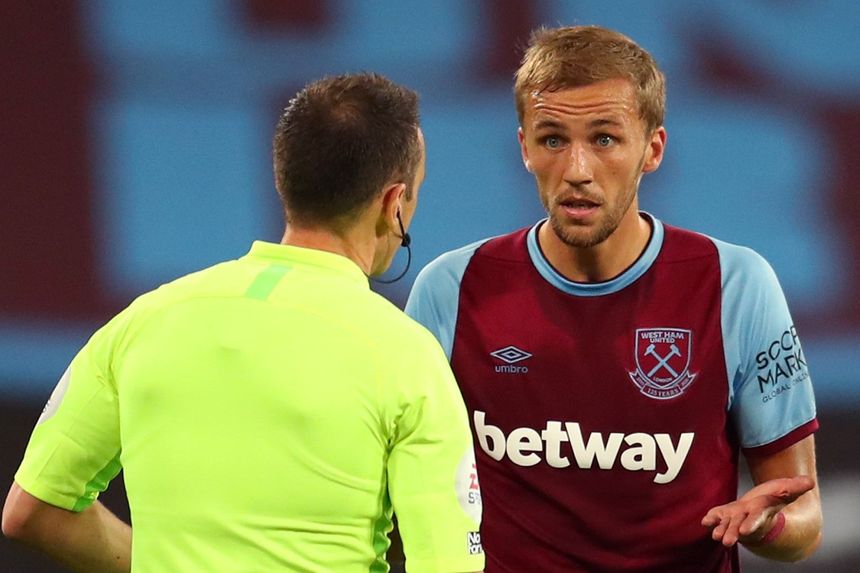 In the event that the referee awards a yellow or red card to the wrong player, the VAR will advise as to the correct player to be disciplined.

Incident: West Ham United v Newcastle United: West Ham's Tomas Soucek is shown a yellow for a challenge on Allan Saint-Maximin. The foul was committed by Andriy Yarmolenko so the VAR advises the referee to reassign the caution to the Ukrainian. As this is a factual decision, the RRA is not needed.

Foy's view: We rarely see this occur, but it highlights how VAR can easily correct an on-field error.